Hello there everyone! Doing yesterday’s Beautiful People meme really got me motivated to work on my novel Break Up Buddy again. FINALLY (after what? 9 months?) I finished reading my own story and as suspected it was terrible. The first half is pretty decent but the other one needs to go and be almost completely re-written. So far only one person has read the first draft and I don’t intend to show it to any more people until I’ve finished the second one.

The editing process is a pretty slow one, like you can’t just rush through it to be done with it. I’m glad I have my first draft, something of a structure to hold on to, but there’s still a lot to be done and I don’t have any idea how to go about it. Right now I am working through it chapter by chapter, being careful not to just copy and paste and make the same mistakes again. What about you? Do you have a system or any recommendations on how to go about the editing?

In return, and also to tell you a bit more about Break Up Buddy, I’d like to share with you some of my preparation techniques before I started writing! We’ve already established that Break Up Buddy is a ConRomCom and after figuring out the main plot (which I summarized here for you) I followed three simple steps:

Get to Know Your Character(s)

This step includes figuring out your character’s name, age, ethnicity, believes, values, occupation, appearance and so on.

My main character’s name is Raeleen Miller. She is about 23 years old, recently graduated from university majoring in English Lit and now works in a bookstore. She doesn’t have specific opinions concerning political parties, but she does have a strong moral compass of her own. I could go into depth here, but if I did that with all my characters this would take forever. My point is that I had to figure out a backstory for her before I started writing. I may not even need any of that information in the actual story, but it could prove helpful at some point when it comes to decision-making.

Also, I am a very visual person, so I need to actually “cast” all my characters. Here are some examples: 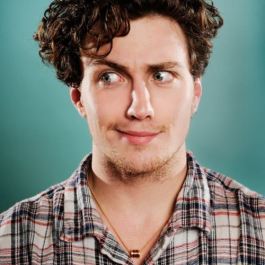 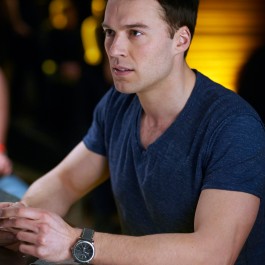 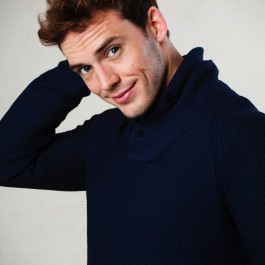 From top to bottom, left to right, you can now see my choices for the roles of:

I know some of the names aren’t the most creative but yeah … I can live with that. By casting them, it was a lot easier to describe the appearance of everyone. I like to do that, but what about you? Do you ever cast your book characters?

Get to Know Your Setting/Surroundings

My story takes place in Portland. I’ve written stories with fictional places before and this is actually the first time that that’s not the case. So, before I started writing I pulled up a map and thought about some fun places I could include in the story. I figured if I decide to make some of them fictional in the end, I can still change the names afterwards, but have great examples to draw inspiration from and make them feel real.

But I did not only get to know Portland itself a little better, I even made a blueprint of the apartment a lot of the action takes place in! I decided how the rooms should look like and what kind of place they would live in. It was like virtual apartment hunting – very fun! Here you have my choices for Raeleen’s room, Nick’s room and the living area (minus the red couches, I don’t like them).

Figure Out Your Plot Points

I know I said I had my main plot in mind already, but you need to have at least some idea of what you want to happen or you’ll run out of things to say and wing it from there on. Don’t get me wrong, that can lead to a really great story as well, but especially if you are doing NaNoWriMo, you want the writing process to be as smooth as possible. You don’t have to have it all figured out, just think about some major plot points and maybe some fun stories for your side characters.

So, I guess that is all for today, but you can expect some more posts on my writing/editing progress soon. I hope you enjoyed this! Let me know what you think in the comments and I always love to get tips if you have some!