As you all know by now, I mostly participate in the weekly meme Top Ten Tuesday created by The Broke and the Bookish! This week’s theme is “Top Ten Author Duos You’d LOVE To See Write A Book Together” and while it’s definitely a topic that took some serious thinking, it’s a fantastic idea. I doubt that I’ll get to 10 but here we go!

Can anybody else imagine the awesomeness of those two creating a story together? I think everyone of us picked them for their list. Whenever I see interviews with them, videos from their YouTube channel or their comments on social media -I just love them so much together and I think they could create something really special and unique. (Also, on a completely unrelated note, they make me believe in true love … just wanted to throw that in there. Has anyone seen their wedding pictures? Gorgeous!!!)

Do you want full blown romance with a touch of magic sprinkled on top every now and then? Because I think that’s exactly what those two could accomplish together (and maybe Cecelia could get Sparks to break out of his admittedly very well working but nonetheless repetitive theme).

I don’t know about you, but I think those two could create one heck of an amazing world with characters that you have to watch all the time, because you never know what’s really up with them. 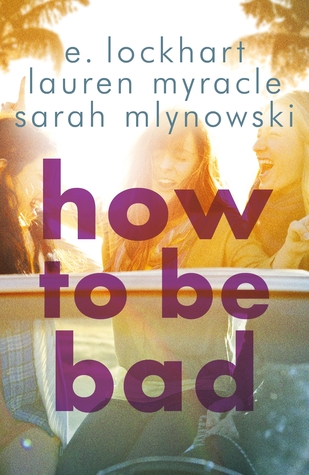 This would be the ultimate teen/YA book and we would all drown in all the feels we would feel! I can see it clearly ahead of me! Also, they talked about Firefly and I love that show.

I am watching Firefly for the first time. Why did no one tell me about this program? Why is it no longer on TV? Where is the second season?

@johngreen I feel like maybe you don’t know about the Internet, and I’m worried.

@rainbowrowell It was just never in my part of the Internet, you know? Anyway, this show is GREAT. I can’t wait for season 2!

I think that both of these authors are really good at depicting buddy-stories in their books and somehow I would like to see how they would work together. Maybe each one of them could write a certain POV of a character and it would just keep switching between the two? In my head they’d create an amazing friendship story.

Putting this duo on the list is a little bit like cheating, because they have already written 3 books together – BUT I WANT MORE!

Those two have actually announced their collaboration sometime soon and I am super excited. They are both very important authors in the LGBTQIA community and I think whatever the result of their work together will be, is going to be amazing.

16 thoughts on “Top Ten Tuesday: Author Duos That Should Write Books Together”