Series 9 of Doctor Who has reignited my love for the show! The Husbands of River Song was just the perfect ending for this whovian year and now the wait for the next series begins. But let’s talk about what happened last night! 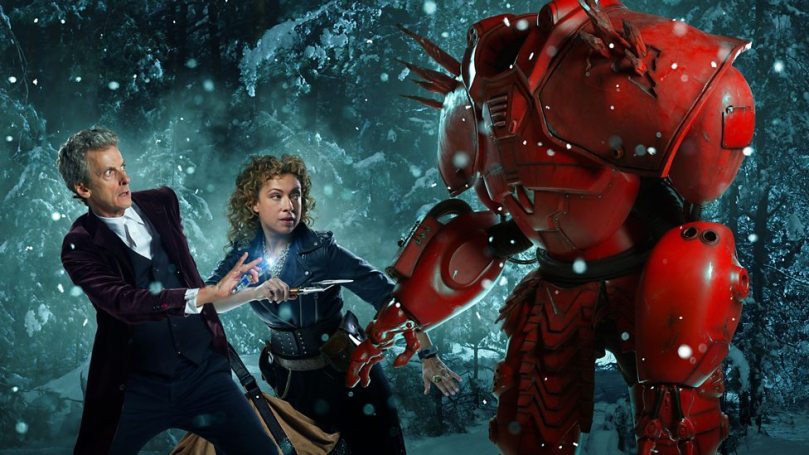 The Doctor finds himself being called to help with a surgery on a crashed space ship, not knowing that River Song is behind the scheme. She wants the Doctor to detach the head of her husband, King Hydroflax, because it currently has a very valuable diamond stuck in it. Consequently they get into a lot of trouble, all the while River doesn’t even realise that the Doctor is her actual Doctor. They manage to survive and the episode ends with them spending their last night together.

I am in love with the episode! I did not care about King Hydroflax or the Cyberman-hybrid body. I didn’t even care about all the different guest stars and aliens that appeared, which were pretty cool sometimes. All I really paid attention to were Twelve and River! It was such a fun and quirky yet also bittersweet episode and I filled a whole document with the hilarious quotes of the two of them. I think it was a great choice to not make River realise that he is her Doctor, because it gave so much more room for exploration of their relationship.
The Doctor got to play the person who see the inside of a TARDIS for the first time and he really can prod River’s thoughts on her feelings about him, without her knowing who he is. I loved how you could see the worry in his face, Twelve questioning what if anything in their relationship was ever real. But then there was the highlight, River expressing her love for him and it was so beautiful. I think the episode and their first encounter didn’t exactly go down as many have thought it would, but Twelve and River had some great chemistry and I think it was a really memorable part of their relationship together.

By the end, it seems that River’s story has now come full circle. I think that in a way, the whole story with Clara taught him that he couldn’t drag it out forever. It may have been a little cheesy, but since they are now at last at the Singing Towers of Darillium, I am happy that a night there is 24 years long. For once, they get to be together just like that. The “And they lived happily ever after” at the end was a little unnecessary in my opinion, but then again, River explained that “happily ever after” doesn’t mean forever, it just means time.

At last, I am happy that even the Doctor mentioned how ridiculous a Sonic Trowel is, but at least now we know how River got her Sonic Screwdriver!

Now the waiting begins! Who will be the new companion? When will the show return? Will Series 10 be Capaldi‘s last season? Nothing but questions but hopefully the next year will bring all the answers!

18 thoughts on “Doctor Who Christmas Special 2015: The Husbands of River Song”