It’s Top 5 Wednesday, a meme hosted by booktuber Lainey aka gingereadslainey for which you can join on the Goodreads page here. Today is all about that one book in the series that just didn’t feel right. Maybe it was too long, maybe the story didn’t develop right or maybe nothing happened at all. Let’s see which ones were the black sheep in the series for me!

Okay, labeling this series as one of my favourites is a little weird. However, it did stick with me and I still come to think of parts of it every now and then. The TV show probably helps with that I guess. That first book in the series though … I swear, if I hadn’t bought the whole book box, I am not sure I would have wanted to continue with it. The other books were way better though and I came to weirdly appreciate some of the characters. Eliot remains to be my favourite though.

Lola … sure, Cricket was a darling, but Lola was annoying me so much. I get that she is eccentric and didn’t want to hide who she truly is and I would never discourage anyone from doing that, but there is such a thing as too much. And unfortunately, her personality was just that for me at times. Nonetheless, I LOVE that series and her book too. Just not as much as the others. How couldn’t I love something set in San Francisco?

Ugh, that book was a headache. I was so in love with Red Queen and in comparison this book was just a struggle. Which I don’t understand! Why did it drag so much? Why was it so repetitive? And I stand by the opinion that a map would have maybe made this book better. Just saying! But I haven’t read the whole series yet, so I am still hoping that the others are better.

Kingdom of the Golden Dragon from Eagle and Jaguar 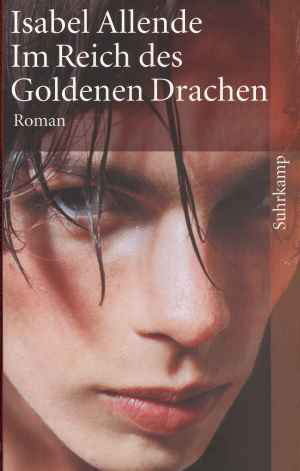 Oh my stars, did I love this series! Couldn’t get enough of the first book and then Kingdom of the Golden Dragon was presented to me. There was a cover change, my suspicions immediately grew. What was this madness? Then I read the book and I still enjoyed it, but there was a new but temporary POV and it took up way too much page time. Would have loved to stick with the main characters instead. And I depicted the German cover here, just so you know why I was put off a little …

Apparently I have a thing against second books. It’s just that Inkheart was nearly perfectand Inkblood made things unnecessarily weird and complicated in some parts. I was of course happy that the story continued, but let’s just say it wasn’t as good as the first book, especially due to the torture of my beloved Dustfinger, which should be forbidden anyway.

I didn’t mention any of my favourite series such as The Infernal Devices, Red Rising or Shatter Me, simply because I couldn’t decide which book I liked the least. Yes, that can happen! They’ve just become one big glob of awesomeness in my heart! Which books were your least favourite in a series? Tell me all about it!

41 thoughts on “T5W – Least Favorite Book in My Favorite Series”