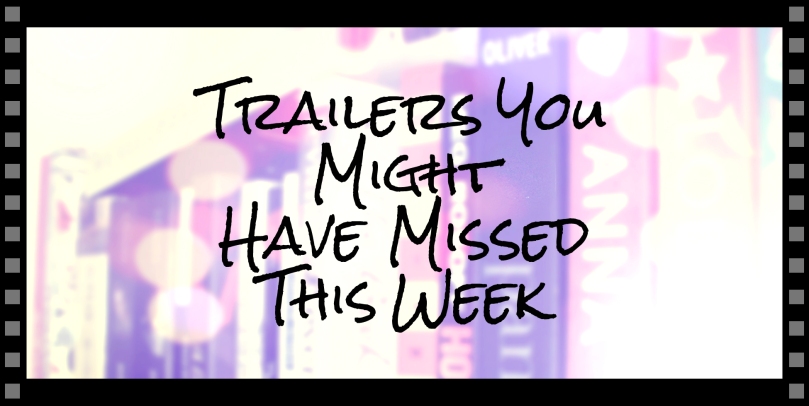 It’s Sunday and I once again have scoured the depths of YouTube for some trailers. I don’t really have anything else to say today, so let’s get this started!

So, here’s the deal. I still don’t know how I feel about it. Can Jennifer Lawrence and Chris Pratt carry a movie pretty much all on their own? Probably … but do I want them to? In space? Not so sure …

It’s Shemar! Somehow it’s super difficult to imagine him outside of Criminal Minds, but that movie looks like light fun.

If Fassbender was for real and he wants to work behind the camera in the future, I have to savour every movie he’s starring in from now on.

I hope that trailer is supposed to be misleading, otherwise the movie will be boring because you can already guess who really did it.

Uhm, yeah, I think I saw somewhere that this is a remake. Just saying …

The Beat Beneath My Feet

Seems like there is always some kind of music movie each week.

I see that girl and I think Book Thief! This looks extremely sad as well though, but not in a way I want to see. This might be too dark for me.

I can’t remember ever watching the first one … so, I couldn’t care less about this movie. I just wonder why the Christmas stuff is already starting. We haven’t even had Halloween yet!

Ghost in the Shell

Don’t ask me what that movie is about. I don’t know, but here is a mix of all the teasers they’ve released so far.

Documentary of the week – Human

I am weirdly not in the mood for the Chicagos at the moment, because PD and Med fell a little flat in my opinion. But I love Gabby and I would probably watch a show just for her.

I think it came out this week already, but I didn’t have time to watch it.

Is there anything you might fancy to watch one day? Tell me about it!