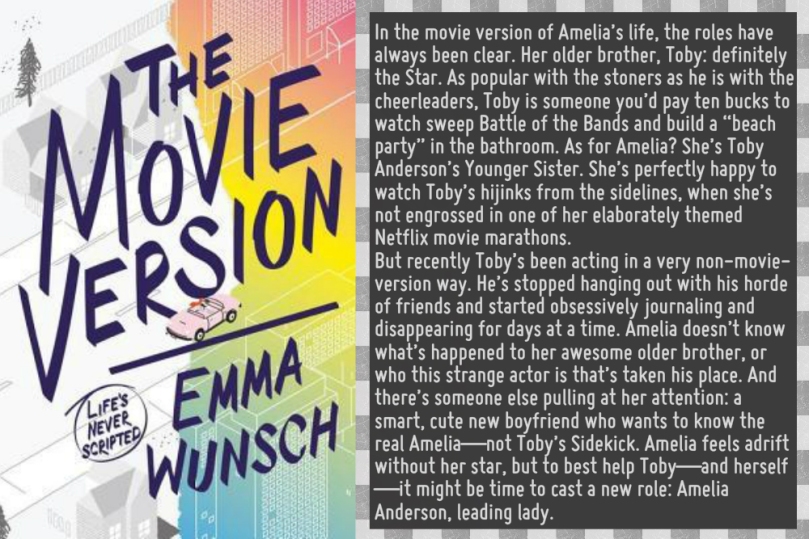 **I was provided with an eArc by the publisher via NetGalley in exchange for an honest review!**

I read this with fellow Blogateers Cátia and Cristina, which is a good thing, because there was a lot of ranting to be done. And when I say “a lot”, I really mean it this time! Their reviews aren’t up yet, but you should check back on their blogs (by clicking on their names) to read about their experience with the book.

I am just going to say it straight away, this book is about mental illness, schizophrenia to be exact. I feel like that’s something you can’t really gather from the synopsis, which is a shame, because then you go into The Movie Version with completely wrong expectations. There’s nothing wrong with the topic itself, I usually quite appreciate books that take on such an important and quite frankly complex theme, but it simply didn’t work for me here.

Right from the beginning something felt off. Most of it is probably due to me not connecting with the main character, Amelia, at all. She lived in this oblivious bubble of her movie-life. More than once I wondered, if she chose to ignore her brother’s alarming behaviour, if she really didn’t think it was all that odd or if she thought she was actually “protecting” him. I do understand that siblings are supposed to cover for each other, but what she did was in no way helpful. Then, when her brother Toby finally got diagnosed and the help he needed, I could stand her even less. Again, I tried to understand her actions, telling myself that there would probably be a period of denial and then she would get on the case and educate herself about schizophrenia. But nope, that was not the case and it was maddening.

Everything was about her and how this ruined her life, not once did I read her thinking how this must be a terribly difficult time for her brother as well. All her friends, even the most flaky ones, knew more about schizophrenia than she did, simply because she refused to talk about it. Mental illness is nothing to be ashamed of or embarrassed for, yet that is exactly how she acted. She lashed out at anyone who wanted to talk and maybe comfort her, telling them and herself that they wouldn’t understand, even though they were far from overbearing and really just concerned. She showed a little growth towards the end, which justifies my 2-star-rating, but ultimately her behaviour just made me sad. I even cried while reading, because I was so disappointed in Amelia. Yes, this is difficult for the family members as well as for the person concerned, but she didn’t even try to talk to Toby or try to understand what was happening. She just wanted her old brother back.

Amelia’s side-story about her love-life wasn’t helpful either. At most times it felt random or awkward at best. I did not feel any chemistry and she kept complaining about a certain feature of his, that I could not imagine being such a big deal. One thing is for sure, this book did not show the movie-version of life. However, I don’t think it portrayed reality either, at least I really don’t hope so.

Fazit: 2/5 stars! Not what I would have wanted to get from a story like this.

Would you read this book? Have you read any books that dealt with schizophrenia better than this one did?

15 thoughts on “The Movie Version by Emma Wunsch (Arc Review)”