An embarrassingly long time ago, the lovely Sara @Freadom Library has tagged me for the Ruler of Books Tag (originally created by Ariel Bisset) and now, after months of waiting, the day has finally come – here is the tag!!

WHAT BOOK WOULD YOU MAKE EVERYONE READ?

Hmmm, ultimately I would like everyone to read The Book Thief. It’s history (especially one that has a lot to do with my country as well), compassion, emotions and love for books all wrapped up in one beautifully written novel.

WHAT WOULD YOU ABOLISH IN BOOK CONSTRUCTION?

From here on out, publishers would have to pay a mighty fine for changing covers/sizes in the middle of a series. There are very, very few examples of books where it was good that they did that, so under extreme circumstances, they can do a public poll and let readers decide if they want the cover change.

WHAT AUTHOR WOULD YOU COMMISSION TO WRITE YOU ANY BOOK?

Easy! Pierce Brown!!! The reasoning behind that is also very simple. Besides his magnificent, complex, emotional and deep writing, the man himself is also gorgeous. Commissioning him to write a book would mean that I’d get to meet him – SEVERAL TIMES! *swoon*

WHAT BOOK WOULD YOU DEMOTE TO THE LIBRARY BASEMENT TO MAKE ROOM FOR NEW BOOKS?

Apparently I only have one 1-star-book on Goodreads and that’s Chocolate Run … but I can’t remember what it was about or why I didn’t like it. But if it was that forgettable it couldn’t have been majorly amazing I suppose.

WHAT COVER ARTIST WOULD YOU COMMISSION TO MAKE A MURAL?

Whoever did the covers for the Firebird series! You are my man/woman!

WHAT CHARACTER’S FACE WOULD YOU PUT ON A COIN?

My baby August Flynn! Maybe that would indirectly show him how much he is valued *wink, wink* and people wouldn’t see his eyes all black like they would on a photo. So, that’s another plus.

WHAT BOOK WOULD YOU AWARD THE “RULER OF BOOKS” 2016 PRIZE TO? 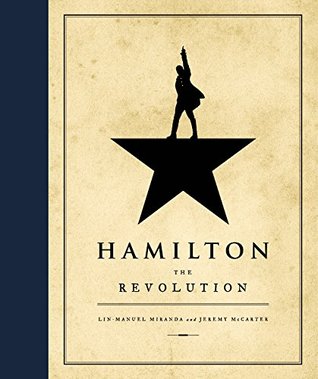 Gosh, there were SO many good books this year! Where do I even begin!? To make it easier, I am not choosing a fictional piece, but rather Hamilton: The Revolution. THIS BOOK IS BEAUTY IN ITSELF! Lin’s side notes are hilarious and the stories behind everything are inspiring and heartbreaking and I still don’t know why I am so obsessed with an American founding father, but I clearly am!

As always, feel free to ignore this if you’ve done it before or simply don’t want to! However, everyone who feels inspired or likes the tag is more than welcome to try it to. CONSIDER YOURSELF TAGGED!

31 thoughts on “The Ruler of Books Tag”