It’s Valentine’s Day, or, as I like to call it, Single Appreciation Day. No matter what you are or aren’t celebrating, Cristina @My Tiny Obsessions tagged me for the Kiss, Marry, Kill tag and what better day to do it than today?

So, here’s how I made this work: I did 10 rounds with 3 books each. I put Goodreads on random to pick the books and then opened them at a random page to select a character. If I didn’t know (cue, this means I didn’t remember) the character, I simply did it again. Then I chose who I wanted to kiss, marry or kill (not that I actually “wanted” to do the last at all). Simple as that!

Kiss: Jace (City of Fallen Angels) – he’s handsome, but would I want to date him? Nah … not really. So, a smooch is what I am going to take.
Marry: Carlisle (Eclipse) – he’s kind and a family man, that’s some real marriage material.
Kill: Edmond (How I Live Now) – I like Edmond, but he is kind of broken beyond repair. I think Daisy is literally the only person to fix him, so there’s no way I could help him.

Kiss: Tristran (Stardust) – he’s cute.
Marry: Bellamy (The 100) – I just love him and even though he would probably be more of a wildcard as a husband than Tristran would have been, I like him best out of the bunch.
Kill: Scipio (The Thief Lord) – he’s more like a character from my childhood and … I just can’t see it at all. 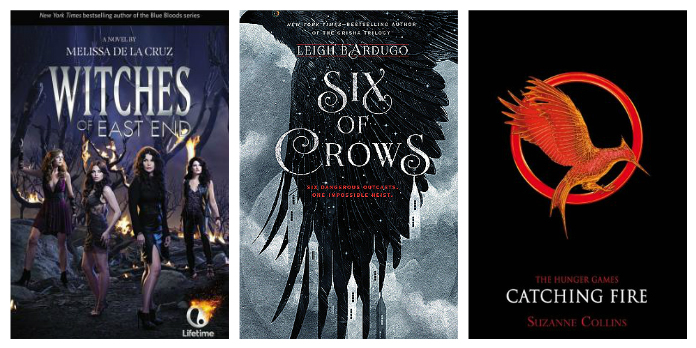 Kiss: Freya (Witches of East End) – Freya is the Goddess of love. I have a feeling this is going to be one heck of a kiss.
Marry: Finnick (Catching Fire) – do I need to explain this? He was only one of my most beloved characters of the series!
Kill: Wylan (Six of Crows) – I just don’t feel like Wylan would be into ME. So, this is for his own good, because otherwise I would never ever hurt him. 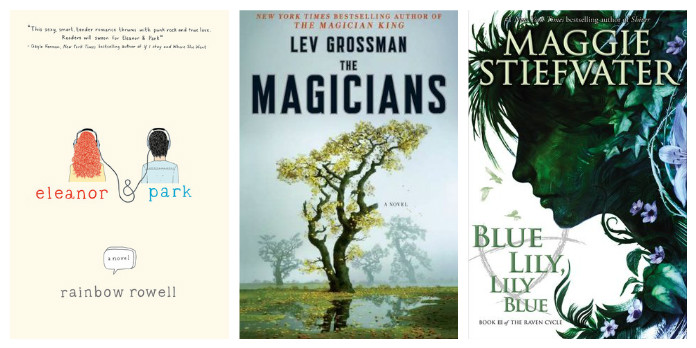 Kiss: Ronan (Blue Lily, Lily Blue) – a kiss with me is not going to kill him, right? Because I feel like I should have applied the same logic as I did with Wylan here …
Marry: Quentin (The Magicians) – this only works for me if I can have TV Quentin … or at least second book Quentin. Why did I choose him at all?
Kill: Park (Eleanor & Park) – he’s such a cutie, but he’s also sooo young. 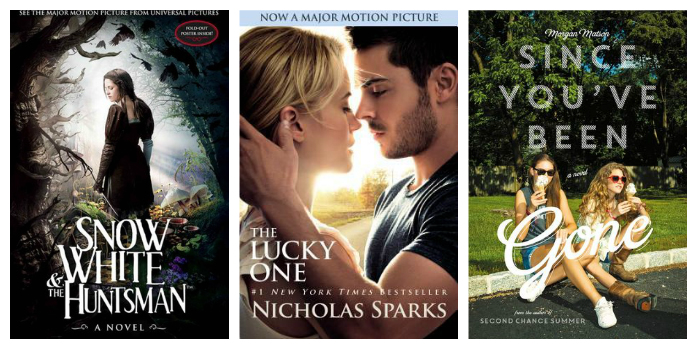 Kiss: Frank (Since You’ve Been Gone) – There are so many sweethearts in those books.
Marry: Logan (The Lucky One) – That guy is amazing and he has a dog. I love dogs. He already won me over with that fact alone.
Kill: Snow White (Snow White & the Huntsman) – I just didn’t like her, okay? I didn’t like the entire book very much.

Kiss: Nick (Nick & Norah’s Infinite Playlist) – I could see the setting right in front of my eyes. Some indie band playing at a bar, us having fun. Sure, why not?
Marry: Sansa (A Clash of Kings) – Sansa is badass and unlike stupid Ramsey, I would know how to treat her right, because she deserves so much better.
Kill: Lily (Firewalker) – That girl is a LOT of work. She’s super stubborn and self-righteous and I am pretty sure we would have clashed.

Kiss: Celia (The Night Circus) – I am having a hard time coming up with explanations here …
Marry: Max (The Book Thief) – he is one of my greatest bookish loves. There was no debate about that one.
Kill: Gideon (Ruby Red) – he’s a douche most of the time?

Kiss: Mori (Lock & Mori) – Mori is really cool, but I couldn’t imagine a relationship with her. She’s so much smarter and more cunning than me.
Marry: John (Dear John) – You can say about Nicholas Sparks what you like, but that man writes some great dudes.
Kill: Vassa (Vassa in the Night) – this decision is 100% based on me not liking the book. 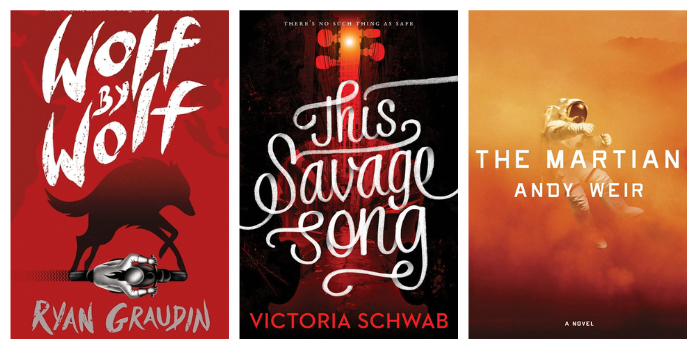 Kiss: August (This Savage Song) – This is the toughest round yet! I want to marry them all? But since that’s not the game, I will kiss August.
Marry: Mark Watney (The Martian) – Mark is funny and smart and has wicked survival skills … I don’t know why that would matter, but I think it’s a good quality.
Kill: Felix (Wolf by Wolf) – of the three, I like him the least, so that was my only option.

Kiss: Lucien (ACOMAF) – I would have wanted to marry him, if he hadn’t been such a freaking coward in that book. I still love him though.
Marry: Julian (Lady Midnight) – If Cristina won’t marry him, I WILL GLADLY DO IT!
Kill: Jane (My Lady Jane) – sorry Jane?

So, I had no apparent logic to this. How did you like the tag?