As you may remember, last week’s post was about Riverdale and that the topic was decided through a Twitter poll. The other options weren’t that well received though and I noticed that NOT A SINGLE PERSON voted for Imposters. That just felt like a crime in itself to me, because it meant you all had no idea what you were missing out on. So, long story short, I am making it my mission to bring this show closer to you.

When I first heard about this show, my mind instantly went to the 2001 film Heartbreakers, which was one of my favourites for a very long time. I have always had a soft spot for con artist stories in my heart. Imposters is a dark comedy in its first season on Bravo and even though they’ve only aired about 3 episodes so far, it is very promising and a nice change of topic from all those other shows that are currently on air.

Imposters focuses on a woman who cons people into marrying her and then vanishes from their lives with all their money. Despite blackmailing them to not follow her, three of her (still lovesick) victims band together to find her.

Imposters starts blissful, happy, with the perfect married couple and then BAM! It’s all a lie. It’s so difficult to believe, because they are unbearably sweet together and Ezra, the first conned man we get to meet, is like this precious care bear who even got his wife a present for each day they were married. His despair upon finding out that everything was fake breaks him. Only the arrival of one of Ava/Alice/Maddie/whatever-her-real-name-is’s previous victims gives his life purpose again and so the chase begins.

The complexity of the plot and the scams increase with each episode, without ever getting overbearing. We get to find out there’s a team and basically an entire operation behind the con woman, who I am just going to refer to as Maddie, and there’s still a lot to find out as to how exactly they work. She’s such a strong character though and uses everything she’s got to manipulate the world around her to her advantage. It may seem odd, but I find that not only impressive but also a little admirable. Of course I am not on board with the moral direction of her “job”, but she is using prejudice and stereotypes in her favour and therefore is a no-nonsense woman when it comes to her own well being, and that is something I love to see on my screen. I am fascinated, however, where things are going with her boss, the Doctor, because it seems they are starting to have different ideas about how to run the “business”.

And then there is the band of exes, who I am just going to readily fall in love with. They all bring their own qualities to the table and some of them are really unexpected. I think they mostly also provide the humorous parts of the story, which makes the series as a whole such a great mix. I personally am a willing mark, ready to be conned by all those beautiful characters (who are comprised of lesser and more famous actors/actresses, some of which were a real surprise to me *cough* Uma Thurman *cough*).

I first thought about whether I could ship Maddie with one of her exes, but I don’t know if any of it was real. Seriously, it’s way too soon to tell, even though you can definitely see that they still have feelings for her. And I don’t know if any of the new targets could develop into something genuine. So, instead of romantically shipping anyone, I just ship the three exes/previous victims together! They compliment each other so much and together they might actually have a real shot at finding Maddie.

Admittedly, it happens rarely, but sometimes bro-ships are even more important than regular ships. They bicker and fight, there’s some fun banter – I LOVE banter, but in the end they stick with each other. They probably have all their own ulterior motive of finding Maddie, and once they do, their friendship will be tested. But until then, their mutual heartbreak is like a glue that holds together the most unlikely group of people. 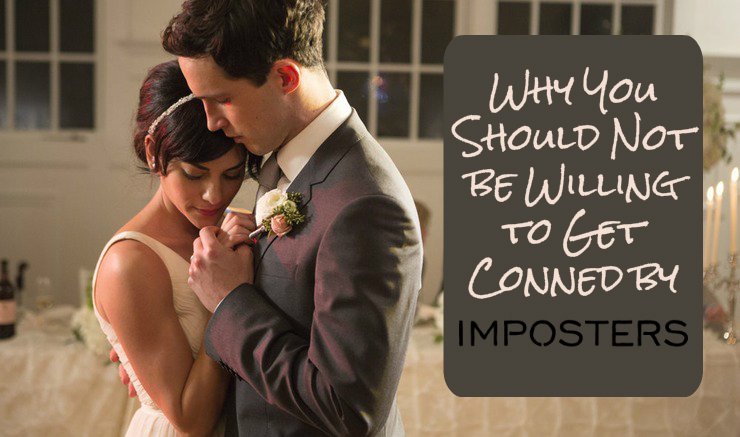 This has turned into the most difficult section of the post, because most of the time I have no idea what to say. I want to give trigger warnings in case there ever is something though, because I know it’s important to people, so let me think. The show is mostly harmless, but I do have to warn you about an attempted suicide in the first episode. Other than that, there’s only a little bit of foul language and tons of sexual innuendos.

Have you heard about Imposters? Do you want to watch it?