I know it feels that way, because I am posting this rather late, but I did not forget about #CurrentlyWatching. Not at all! To continue this weeks theme of “literary adaptations not just for kids“, I want to talk about Lemony’s Snickets a Series of Unfortunate Events.

After the movie adaptation (which I really liked to be honest, but the world apparently found to be quite forgettable), I was a bit cautious about Netflix attempt at doing this in the shape of a show. Of course, considering that there are 13 books based on the fictional life of the Baudelaires alone, the format makes a whole lot more sense and I am glad I gave the show a chance (can someone already make me Netflix’ official hype girl? I’d be so good at it!). Each book is roughly 2 episodes long although some liberties have been taken with the material and the storyline starts to diverge from its source material at one point or another. Currently there is one season out, but Season 2 starts on March 30th. (Also, I believe Season 3 is already approved for 2019)

After their parents die in a terrible fire, the Baudelaire orphans have to maneuver a series of unfortunate events as they uncover family secrets and try to flee the grasp of the unrelenting Count Olaf. 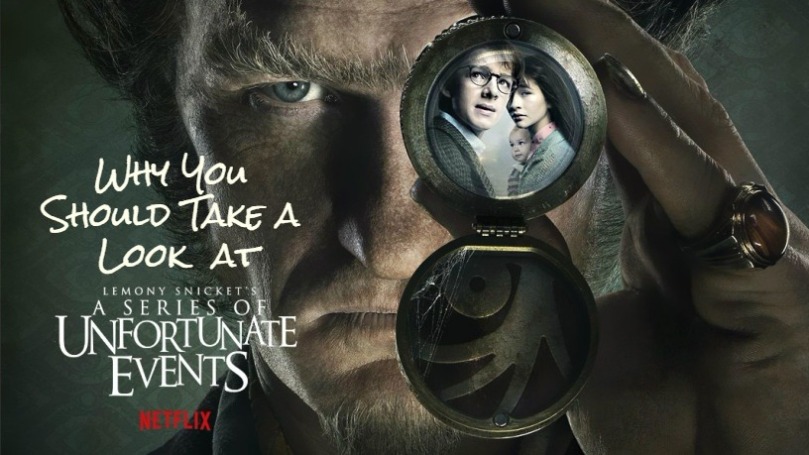 When I was little, these books were my entire childhood. Thinking back, I can’t remember the plot in detail, but I know how excited I was whenever a new part was released, how stupid the adults were in that story and how that proved to be closer to the truth some days than I would have liked it to be. Also, I remember that I should have taken the title of the series more literal. There’s a difference between seeing the misery of characters during the course of a series and knowing that the information you get now is the last bit you will receive, whether you like it or not.

Following the same recipe, but with a couple changes (as I have mentioned above), the show manages to capture the sinister and gloomy vibe of the books, yet also the hope and love shared among the siblings. There has always been a certain style element to this franchise (a kind of Wes Anderson influence if you ask me) no matter which format they took on and I appreciate it so much. It always adds to the cinematography in my opinion.

Since this is so near and dear to my heart, I was really critical about it in the beginning. I am happy to say that it turned out great and that I loved the show, but that doesn’t mean there aren’t a couple of things that bugged me or surprised me at times. For one, I was really wary about Lemony Snicket having a face. This may sound strange, but for years and year the man was a shadow and to have him present in scenes and just face camera, took a second to get used to. I was pleasantly surprised by how well it worked. However, I am still on the fence about Neil Patrick Harris being Count Olaf. Don’t get me wrong, I think he’s a great person and actor, but something in my brain won’t shut up about this just being another one of Barney Stinson’s terrible stunts. Having that mental image always in the background just really changed my view of his character and sometimes it simply felt like Neil Patrick Harris’ own personality or Barney Stinson was overshadowing Olaf. Overall, I definitely think they did a great job with casting though (seriously, my favourite version of my favourite guardian, Uncle Monty, so far!). There are so many amazing actors and actresses that fit into the show just because of the vast number of possible cameo slots. I bet you will love some of the unexpected faces that pop up over time!

There were some real twists and turns I did not see coming and I enjoyed that different take on this story that has accompanied me for so many years. Somehow the show managed to add depth and backstory to characters I thought I already knew everything about. Oddly enough, it works across several age groups and isn’t just doom and gloom at all times. It has light-hearted moments and, just like the books, it can teach you a thing or two. 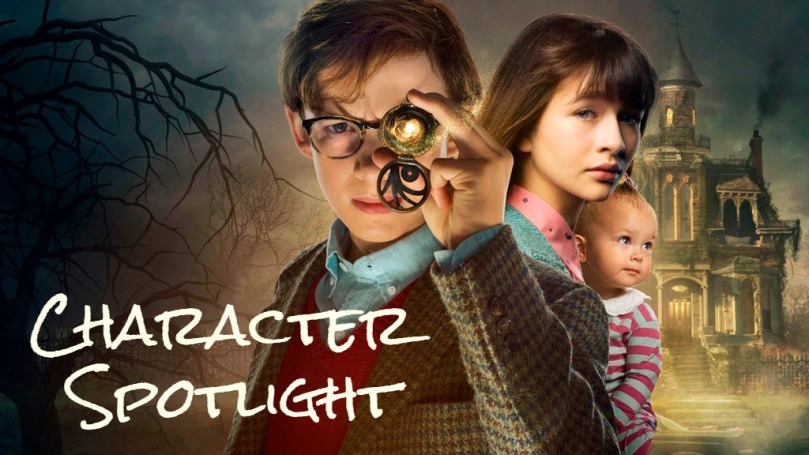 I adore so many of the characters in this universe, but it is always the kids who really get to shine. Violet Baudelaire was a role model of mine with her amazing invention skills and strong character. Sunny was always a bit of a weirdo, but gave way to direly needed comic relief and sass. In the end, it was always Klaus Baudelaire I related to the most though (as already mentioned in this post here).

He is the bookworm in all of us, even though I could never share his passion for reading anything as long as it is text. Manuals just aren’t my thing. Of course, he has his faults as well. He can be stubborn and a know-it-all, but he always has his family’s best interest at heart. It’s not easy having to be such a responsible person at a young age, but he manages to remain a truly precious person that you want to protect at all times.

I don’t know if my memory is failing me, but I also appreciated that the Baudelaires and especially Klaus didn’t just let life happen to them but actually fought back. Again, I could be wrong, but I have the sneaking suspicion that they were push overs for a bit longer in the books, which is understandable when you are surrounded by mostly idiots who don’t believe a word you say.

So, that’s it for today! Have you watched or read A Series of Unfortunate Events? Are you excited for the new season? Let’s chat!

39 thoughts on “#CurrentlyWatching: A Series of Unfortunate Events”