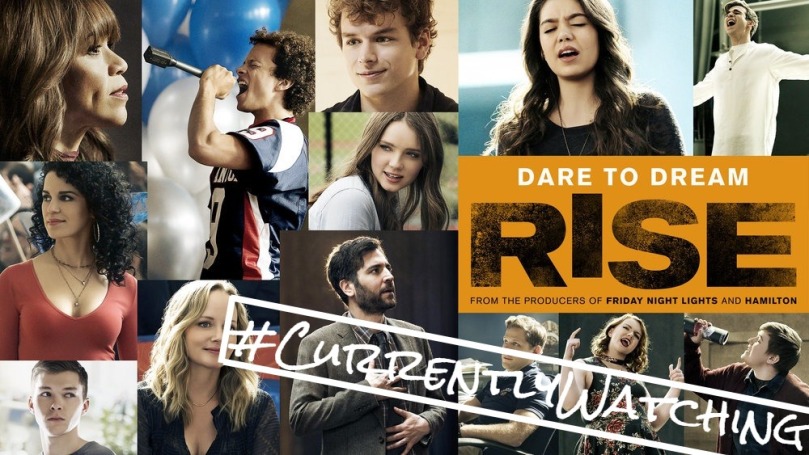 This week’s #CurrentlyWatching is another one I am just going to be cautiously optimistic about. As I have mentioned in previous posts, when I did this last year, a lot of the shows I actually wanted to save or draw attention to with my writing still got cancelled and I was devastated. So, I usually try to not do a whole post for it anymore before at least an entire season has aired, but I couldn’t hold off on Rise any longer.

The show airs on NBC and is a couple episodes away from its first season finale. While it may seem like a cross between Glee and Friday Night Lights, it is actually based on real life events that were chronicled in the non-fiction book Drama High by Michael Sokolove. I haven’t read it, but I checked out some reviews on Goodreads, where a couple of the former students definitively agreed to the excellence of that teacher (while the narrator’s voice and his depiction of the small town is apparently debatable). I know how valuable of an experience it is to have someone like that during your school years, so I always liked the idea for this show from the beginning.

Rise follows teacher Lou Mazzuchelli as he tries to revive the High School’s theater department and faces a lot of pushback from the community about his unconventional approach.

I remember watching the first episode of Rise and it hitting directly home where my heart is. Most of the time, I am not a huge fan of big ensemble casts, just because I like to focus on individuals which gets increasingly more difficult as the plot thickens. So, of course, there’s always episodes that focus on some characters more than on others to the point where there’s still people left to discover halfway through the season. It’s something you have to be prepared for, but I don’t think that it distracted from the overall most important story arcs.

As I mentioned above, many people have compared it to Glee, but the show strikes a much more mature tone. Due to it focusing on a musical production and not Glee club in general, there is also less singing and especially no random bursting into a song when they aren’t actually auditioning or rehearsing for the play. The problems the characters are facing seem very tailored to the characters they are playing in the chosen musical, “Spring Awakening”, so I wonder how that will go over the span of several seasons.

Overall, there’s a lot of different topics that are being treated. There’s a definite focus on the parent-child-relationships and I really loved seeing the various nuances of that so far. In addition to that, there’s conversations about transgender issues, teen pregnancy, underage drinking and alcoholism, exploring ones sexuality, the foster system and general societal pressure to fit into a certain mold. It does all that with a lot of compassion, showing the characters when they overstep or make something about themselves when it’s really not. I am not trying to say Rise does everything right, but it offers a platform for a lot of representation.

I don’t know why I keep doing this to myself, because I am terrible at picking just one person to spotlight, especially when there is such a huge cast. Everyone brings something to the table, but I guess I am a little partial to Maashous’ storyline.

I’ve mentioned in previous posts that I would like to foster or adopt children in the future. From a young age on, I always had this idea of wanting to help those kids and teens once I was grown up (and able to care for someone else), but somehow I was also too chicken to pursue a career as a social worker. Anyway, before I get off track too much, Maashous is one of those kids in the foster system and I guess that’s why I was so invested in his story.

He is quiet, the kind of person you may not notice, but who is always around. He cares for his friends, seems very open-minded from what I saw so far and is willing to help whenever someone needs him. So, it broke my heart to know that he had troubles in his foster home and ended up sleeping at school. He deserves so much better! I don’t want to spoil what happens, but it gets better and I hope you might tune in to find out how exactly. 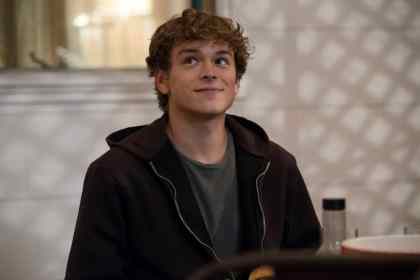 Have you watched Rise? Do you want to? Let’s talk!