As I’ve previously done comparisons of book-to-screen-adaptations for the likes of Still Star-Crossed and Famous in Love, I couldn’t pass up on the opportunity to talk about the book I just finished – Sweetbitter. The way this goes is pretty self-explanatory. I will talk about the shared plot and then compare the two. Here goes nothing!

Tess was not happy with her life and ventures to New York City to pursue life. She doesn’t have a plan, she doesn’t have any kind of aspiration of what or who she wants to be, she simply wants experiences. Soon she finds herself in the midst of the tumultuos life as a backwaiter in a prestigious restaurant and all the drama that comes with being part of the staff. 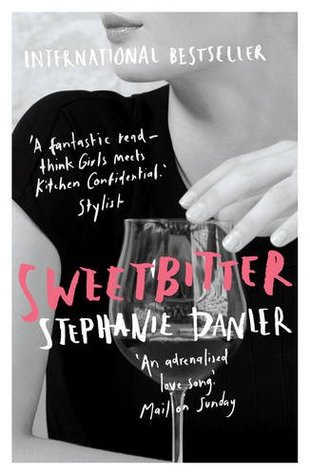 I was first drawn to this book and story because when I was younger I used to be a server as well. Granted, I didn’t work in fancy restaurants but upscale hotels instead, still, the overall gist of things seemed similar enough to me. I had my first real job in that line of work when I was 15 and up to about 20% into the story (and aside from the heavy drugs), it really felt like an accurate representation of my daily life back then.

A lot of critics (for both the book and the show) didn’t understand that not everyone is looking for something bigger and better at all times. I get really defensive whenever I read stuff like that, because we need to get rid of the notion that there is anything wrong with working a job like that on the long run. Yes, it wasn’t the right thing for me personally. The plates were too hot, I couldn’t even relax when I was asleep because I constantly dreamed about messing up orders and running back and forth between the floor and kitchen, but overall I loved chatting with the guests. I loved making that connection with strangers and through that making their experience at our hotel a better one. Some people are content and actually happy to work as a server and consequently their way up the food chain in a restaurant or similar establishment and that is perfectly fine.

Having said that and really having appreciated that look behind the curtains of what life as a server (especially in training) can be like, that is where my love for this book ends. Tess is your typically lost 20-something pretty girl and that’s not to say that we don’t need stories like that either, but the way she went through life was infuriating. I am really not someone who gets judgy about whether people drink or don’t drink alcohol, but drugs … it was tough reading about that topic so nonchalantly. While Tess definitely has her low moments, the part of drugs or even so much as a consideration of stopping to take drugs is never addressed.

What bothered me the utmost about the book were all the toxic relationships though! I don’t think a single person ever said a tender thing to anyone aloud ever. They “joked” about how women were only good for cleaning and men were foolish if they ever believed a word a woman said. Bosses slept with employees for favours and even led them to mental breakdowns. But worst of all was Tess and Jake’s “relationship”. It was one of those where the girl obsesses over the super pretentious guy and he ignores her unless it suits him. He treated her terribly, brought her to tears on several occasions and even roughed her up during sex to a point where she had bruises all over her body. It was revealed that he was damaged by some events in the past, but that doesn’t excuse his behaviour!? And still, after everything, Tess just wanted to save him.

I got more and more furious as I read on and then there was this clear lack of structure or cohesion to the story overall. Again, I wouldn’t mind reading about someone wanting to make it in the service industry, but this was just a manic depiction of manipulative people and a young girl making the same mistakes over and over. Did she learn from them? I don’t even know.

Usually when Starz has a new show, I get really excited. I hadn’t yet finished the book and thought this could be a really interesting show. Was it lacking in diversity from the looks of it? Definitely, but I was willing to give it a shot nonetheless.

It turned out that maybe I was a bit too overzealous? The running time for the episodes is barely half an hour and there are only 6 (?) episodes planned for the first season. With a slow paced story like this one, that seems a fairly odd choice. You barely get to tell anything or start a thought before the episode is already over again. If I were to make a mini-series of six episodes only, I would definitely make them longer. That is not to say that they don’t plan on more seasons in the future, but critics haven’t had too many good things to say and I don’t think ratings were all that great either so far …

Stephanie Danler, who wrote the book, was involved in the adaptation. She tried to make it accessible to non-readers and wasn’t afraid to change the narrative here and there, but I am not sure how much she really succeeded. I think an issue with the show is that she makes references to more or less important parts of the story that the viewer simply cannot understand, because it’s only mentioned in passing while it was fully described in the book.

To me there is just no time to explore the more sensual parts of the story because we are rushed through the experience with food and people and events all packed into such a short running time. Maybe it would work better if you binged the episodes, since it wouldn’t rip you out of the atmosphere every single time you just got used to what was happening?

I cannot really advocate for either of those two? I am sure there are people out there who appreciate the relatable and quite frankly mostly accurate portrayal of work as a server and just starting out in that industry. Whereas other shows and books mostly focus on what’s going on in the kitchen, it is nice to know there is content for what’s happening in the front of the house as well. If only they refined the show a little more …

Have you read or watched Sweetbitter? Do you have any thoughts on it? Let me know in the comments below!