I saw the Literary Dinner Party Tag over at Kristin @Kristin Kraves Books blog and she sort of invited everyone who was curious to do this tag. So, that’s how we got here! I am excited to see who I am going to invite!

1. One character who can cook/likes to cook

The first person that came to mind for this one is Hassan from The Hundred-Foot Journey. He can do all sorts of things, from traditional Indian food to haute cuisine. I mean, the guy literally was responsible for several Michelin stars, so I’d be honored to have him cook for this little dinner party.

2. One character who has money to fund the party

I actually had a hard time coming up with a book character who had a lot of money. Either they weren’t very memorable or there really aren’t a lot? No matter what the real reason is, in the end I went with Gansey from the Raven Cycle. I can see him financing a friend’s indulgences and maybe it would be fun for him too? I’d hope so!

Margo Roth Spiegelman from Paper Towns! Can you see it? Because I sure can! I am not even sure if she wants to cause a scene or if she just thinks it’s expected of her and therefore she should do it.

4. One character who is funny/amusing

This might not be the most obvious choice, but I want to invite Lara Jean from To All the Boys I’ve Loved Before as the guest for this particular category. I don’t think she’s intentionally funny, like she’s not going to do her own stand up special on Netflix, but she is circumstantially funny? Hope that makes sense.

5. One character who is super social/popular

Uuuuh, I want Charlie from Queens of Geek to come! She’s a famous YouTuber so she could vlog about this epic event and then it would be on the interwebs forevermore afterwards. 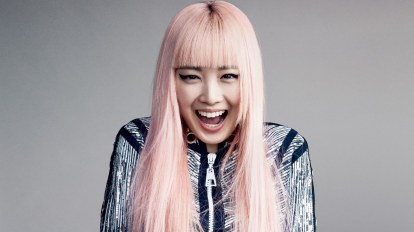 I am going to invite Maven from Red Queen, because I love that damaged boy. Also, I decided he NEEDS to be portrayed by Freddy Carter if there is to be a movie or show and that means I get a Freddy Carter lookalike as my dinner guest and yeah … I am here for that. 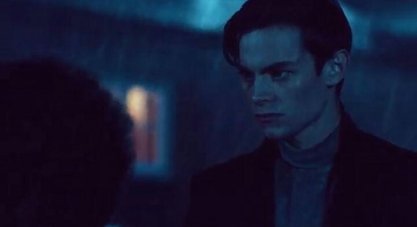 7. One couple – doesn’t have to be romantic

I know it doesn’t have to be a romantic couple, but I’d really like to invite Juliet and Dawsey from The Guernsey Literary and Potato Peel Pie Society. I feel like they’d be delightful company. She’s a writer, he’s a pig farmer – those are different worlds entirely. There’s loads to talk about and the way they met makes for an especially great story.

One of my favourite comic book heroines is Kamala Khan from Ms Marvel. I truly hope she will join the MCU soon, because her stories are great and her character is even more amazing.

I feel like you all keep sleeping on my cupcake August Flynn from This Savage Song. His story just kind of resonated with me and he will forever have a special place in my heart. I’ve had dreams where he was my adopted son, I love him that much!

10. One character of your own choosing

This dinner party would in no way be complete without my bookish husband Max Vandenburg from the Book Thief. He is kind and generous and a great conversationalist.

I hereby tag WHOEVER WANTS TO DO THE TAG!!!

I have such a weird mix of teen and adult characters here. I am not sure what kind of dinner party that would really shape up to be, but I would like to imagine it would be a fun one? What did you think of my choices? Who would you pick?