Don’t worry, I know it’s Sunday, so I won’t deprive you of the weekly trailer update. I just really had to get that monthly wrap-up done and I didn’t want to post-pone it until after yet another trailer post. Anyway, here is what I found!

How dare a trailer be this beautiful!? It’s like Eurphoria meets This Is Us and I am not just saying that because of various actors in it.

Sometimes I am not even that mad about them reviving franchises …

Why do I love the look of this so much!? The topic is ludicrous, but I trust Taika.

Between Two Ferns: the Movie

I did not expect to find this as funny as I did and yes, I am unfamiliar with the web series this is based on.

This is sure going to be intense.

Not enough Brian in this trailer, but I will watch this for sure!

Let’s be real, it has David Tennant in it, so it will be a success.

I may have accidentally put this in the movie category last time?

When will NBC learn!? If their Chicago law series didn’t work, then how is this one supposed to?

I could just scream “Elfoooo” again, like last week.

I am so going to cry when this show ends.

What did you think? Did you see anything you liked? Let’s chat!

This post is so long overdue, but I’ve just been super busy and haven’t really been able to do much blogging in the past weeks (which you probably noticed due to the lack of activity on my part). However, I do think that August went a lot better overall. I started strong, but then it just sort of fizzled out again. I am now on one of those very long train rides again and hopefully, if the wifi doesn’t crap out on me, I will be able to do this post … hence, if you’re reading this, all went well.

In August, I read a lot more than in previous months. At least, that’s what it felt like, even if page counts would probably tell you otherwise. First of all, I tried audiobooks for the first time in my blogging career. It could have gone considerably better, but now I know what I am talking about when I say that they aren’t for me.

I also read a lovely novella by Taylor Jenkins Reid, who only just about everyone in the community seems to adore. That felt like a really good palette cleanser and I thought I had gotten back my reading spirits, but alas, life through me another curve ball. Time really wasn’t an easy commodity to come by, so I went for an easy route – comics! Seen as Disney introduced a whole lot of their upcoming content, among them the Eternals, I felt it was my duty to read up on them. There’s some really cool content there, but I also am intrigued by the fact that some characters seem to be gender swapped and that the ages have also been changed quite a bit. The casting is high quality for sure, so I cannot wait to see which story they are going to with.

These are the volumes I have read (so not the Neil Gaiman ones) and you can check them out on Goodreads by clicking on the covers: 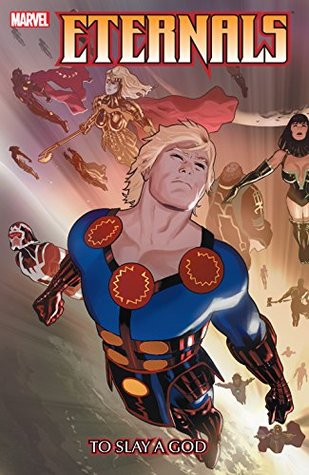 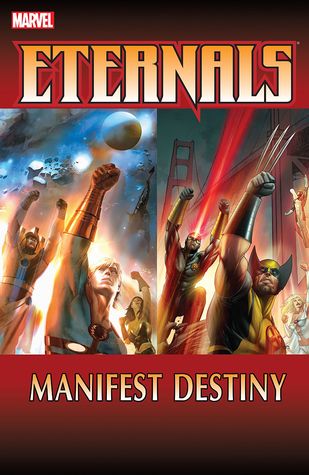 What else is new? I’ve been working a lot, so I didn’t really put in the necessary time to go looking for a new job. I still want to say thank you to all of you who keep inquiring and sending me job advertisements that reminded them of me. It’s much appreciated and I so very much love the gesture, even if I don’t end up applying for all of them. I wish there was more to tell, but I am not sure where to start?

When I am not at work, I’ve been trying really hard to get out of the house and just DO stuff more often. Sometimes I am successful at that and I have had a great time at several movie premieres and open air concerts and such in the last couple of weeks, but in the end they are never so much about meeting anyone new. That’s still something I don’t really know how to do exactly.

I suppose at some point I had to stop talking about The Rook, so I reluctantly did. Instead, I switched to bombarding everyone with tweets about Four Weddings and a Funeral (the TV show), because it is really, really lovely. Mindy Kaling hits home with me about 80% of the time and I enjoy the content she creates for us and she was heavily involved in the making of this show. It’s super sweet, heart-warming but also heart-breaking. It’s square in the old-school RomCom genre but with far more diversity. I just loved it so, so very much, even if it was heavily predictable at times, because it was so reminiscent of all the things I used to love but that don’t get produced the same way these days anymore. It’s proof that you can still make these silly romances but keep them up to date. And for real, the most unrealistic part about the show isn’t that everyone meets their ideal love interest, but rather that these people seem to work and live in different countries on a whim without having to go through mountains of paperwork, visa and work regulations …

Also, if you are a Duffy – hit me up! I’d like 100% date someone like him and I am not really a Maya at all, so no heart breaking from me. Words I have spoken: “That stupid dork is like my ideal guy”

How was your month? Was summer as busy for you as it was for me? Let’s chat a little bit!