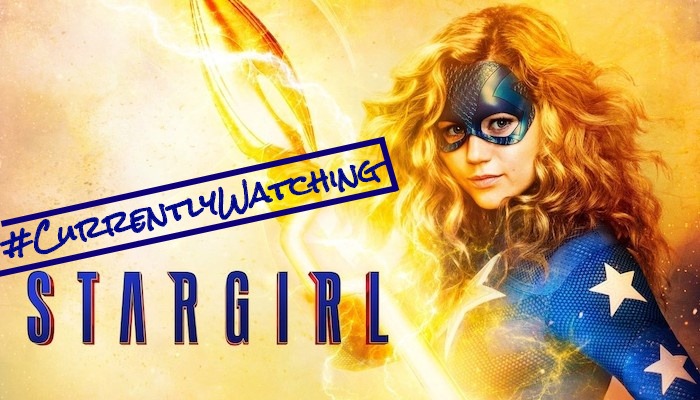 It’s finally here – the post I have been talking about for weeks now! Stargirl has, more or less, taken over my life in the past months and I mean that in the absolutely best way. I did fanart and met some fun people through it, never mind the absolutely lovely cast. That show was a godsend during lockdown but while I have mentioned it regularly, I still wanted to wait until the season was out in its entirety before I reviewed it properly. So, after FNL, this is definitely the show that deserves a full on #CurrentlyWatching post!

Stargirl is a DC comic book adaptation that was released on the DC streaming platform as well as the CW and currently consists of one season of 13 episodes, but has already been renewed for a second season (which will air only on the CW). Thanks to one of the best people I know, Lois, I have actually been able to read the definite collection of Stargirl comics created by Geoff Johns, who is also in charge of the show! It’s probably due to that fact that it isn’t a 100% faithful adaptation, but one that rings very true.

After discovering that her step dad was a superhero’s sidekick and having been chosen by a powerful weapon to carry on the legacy, teenager Courtney Whitmore has to become a superhero of her own. 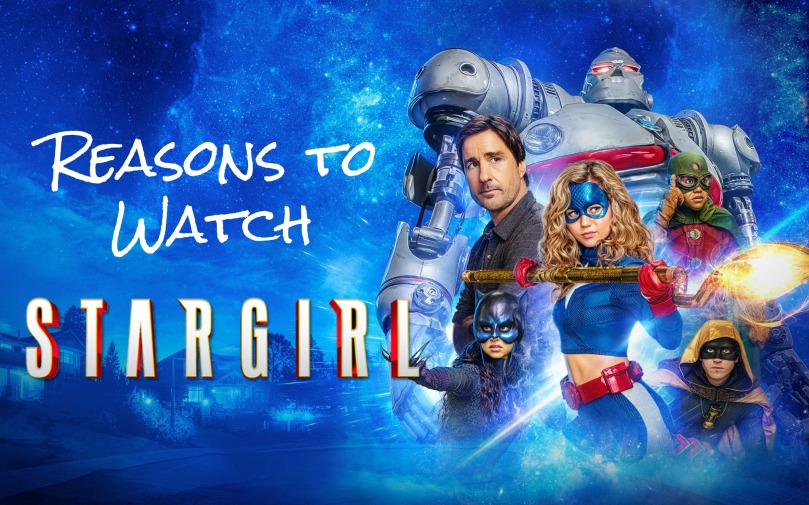 There’s something about Stargirl that is really special. I want to preface this for anyone who didn’t know this, but Geoff Johns, the creator of the comic book character Stargirl and the show, shaped Courtney Whitmore after his late sister. She passed away at a young age and he wanted to immortalize her in a way. Through that alone, the character has so many more layers and it was the loveliest way to honor her.

When I first started watching Stargirl, it didn’t feel like any of the other currently airing superhero shows out there. It had a cinematic look to it and was visually pleasing, but also included bursts of humour that made everything immediately more endearing, while maintaining a cast of relatable characters. A lot of the times people complain that the heroes are either all kids or all adults, but here there is a great mix of both. Whether you prefer a bit of high school drama or more grown up issues, there’s likely something in there for you.

Something I massively appreciated about the show was that everything felt incredibly intentional. No episode, and that is really rare, felt like a filler episode, as it was all leading up to something. While I will say that I sometimes wished that a couple characters got more screen time, everything we saw made sense and led towards the progression of the story and development of the heroes.

This season very much focused on Courtney and her journey, which is funny, because a lot of the time people were just really annoyed with her. But that’s the beauty of a show that isn’t afraid to show a flawed character growing. Courtney was so stubborn and sometimes even entitled, that her behaviour could be frustrating, but you really see how much she grows and where here insecurities and beliefs come from through the episodes. Her relationship with Pat (played by Luke Wilson) was one of the most precious things and an absolute joy to watch. In the end, the main theme of the show is found family (one of my absolute favourite themes ever) though and that affects so many more characters than just Courtney.

Another thing that I enjoyed about Stargirl was that it often threw you a curveball. The heroes don’t always win or succeed at the first try. It is stated clearly that they aren’t natural talents without any sort of training and that no one can really do it alone. There are consequences to actions and no one is really save. Oh, how I wished I could get some characters back, because they trick you and peel off layers to make you like someone you never thought you would just to rip them away from you. 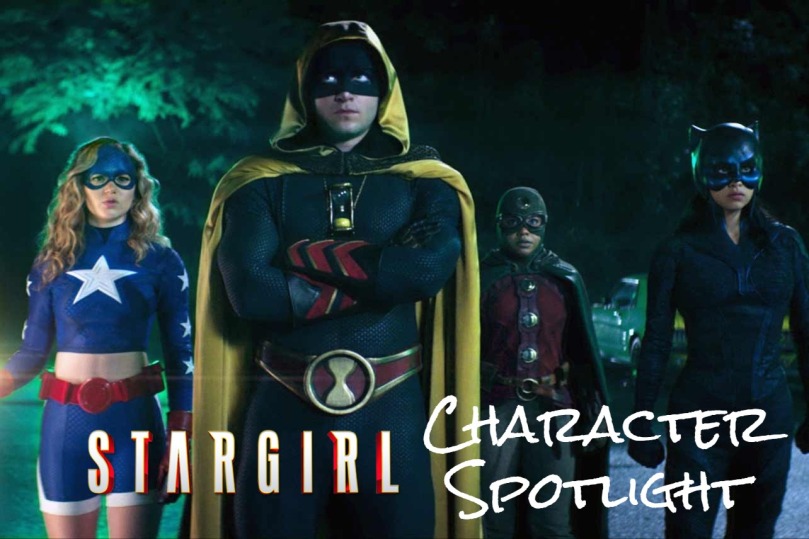 Where do I even start? I fell in love with so many characters, whether their roles were small or big, I have no clue what to say! The cast of villains was some of the best I have ever encountered. The Injustice Society of America, while ruthless, made sense and you even found the occasional scene where you rooted for them. Not to mention that they were just highly entertaining and I would watch a spin-off show of Icicle, Brainwave and/or Tigrees & Sportsmaster without so much as a second of hesitation.

Every character had their own journey to undertake and many still have so much more story to tell, but I guess if I had to pick a major draw for me, I would say HourNite! It has the grumpy angry guy and smart cheery girl dynamic that I love and while there were hints and crumbs, I just knew I’d ship them unconditionally when episode 8 happened.

Rick (Hourman) and Beth (Dr. Midnite), who make up the ship that is Hournite, are both such great characters on their own. I would legit do anything to protect Beth, who is bold and so smart and always positive. People were giving her a hard time, because she didn’t know how to fight on the show, but honestly, we need people who do the intel stuff and despite not having combat skills, she still went into dangerous situations to help her friends. I wanna see those critics do that!

And Rick, my angry angry boy, he came such a long way this season. I don’t want to spoil anything, but I was just so proud of him in the finale. That’s what I call growth!

Putting those two together would be such a smart move, and not just because they are canonically married in the comics, but because Beth can logically argue and calm Rick when his temper gets the better of him and he is there to make sure nothing harms her when she puts her life on the line for the people she cares about it. It just works!

Pat is team #HourNite. Episode 9 of #Stargirl confirmed that for me and I will not be told otherwise. Dude literally left them alone in a garage together 😅 technically to research, but my brain says bond. pic.twitter.com/6LGfxPCIQa

I KNOW that I could go on and on about so many more characters, but this post is already over 1K long and I know that it’s the breaking point for a lot of my readers. I hope this enticed you to check out he show if you haven’t yet! Season 1 ends beautifully with a tease of what’s to come, but no brutal cliffhanger at all.

Did you watch Stargirl? If so, who is your favourite character? Who do you want to see more of in S2?