September was the month that I chose to take a break from my reading experiments, not so much because I don’t like them, but mostly because I wanted to pick the books I was reading myself. This all started very well, but I fell in love with the first book so hard, it almost put me in a reading slump. I still managed to get to four stories though! 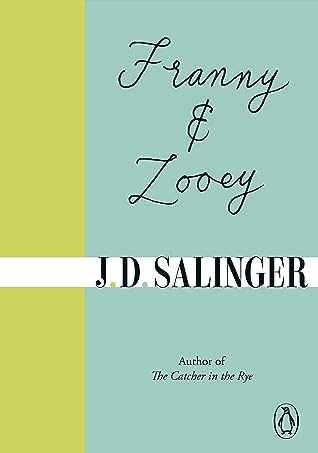 I have also recently created a Storygraph profile and try to link to the books on that platform as well when I do my reviews. However, I haven’t had the time to fully delve into it. Feel free to add me as well here, but know that I’ve mostly just looked at the way they portray stats (very cool) but have struggled a bit with the navigation on site otherwise (my phone has no storage for further apps, so I’m using the desktop version). I’d like to support it though!

September was a really good month for me! I switched department at my job and am really enjoying it. I found a flat that I will move in during October, which is lovely and nice and without roommates for once. In addition to that, I’ve felt far more comfortable in my own skin, lighter in general, and that has made me really happy. I even found a new goal to work towards. As silly as it sounds, I feel like I’m adulting quite alright over here, I even contemplated to go on dating apps, but a brief Twitter poll crushed that idea fast.

I'm really enjoying my job, I got my first non-roommate apartment all to myself, I'm feeling really good in my own skin. What's next!? Me downloading a dating app? 😅
… wait … am I supposed to be on a dating app?

If anyone has some ideas on how to meet people (to potentially date, to be clear) offline, I’d be all ears!

I don’t know how October will look like for me, as I’m sure I will be busy moving and still getting adjusted at work, I’m looking forward to it. Especially having a space that is all my own will be exciting! I get to decorate and do things just the way *I* want to. Even the mere idea of that makes me giddy!
Aside from that, I’m looking forward to working on the latest reading experiment. I already hinted at who it might be in the Sebastian Stan post, so you can check that one out for a clue. I don’t want to make promises that I’ll post it in the new month for sure, as I’m guessing I will be quite busy, but I’m sure going to try. I might, however, get sidetracked by having Nancy Drew (and therefore Ace, one of my all time favorite characters) back on my screen.

As I said earlier, I really fell in love with one of the books I read – namely, The Atlas Six – and even got art prints of the characters from the person who also illustrated them for the book. They are now in my childhood bedroom and I’ll have to somehow get them off my wall safely and bring them to the new flat. Wish me luck!

Other than that, I’ve been enjoying getting back into more TV shows again. The new season of Lower Decks has me invested in the characters again, while offering light entertainment. I can’t wait for the new episode of Ted Lasso each week and I’ve surprisingly really taken to Midnight Mass. Apparently horror is no longer a no go for me, at least not when Mike Flanagan is involved. Something I haven’t really talked about on here though is The Big Leap, which has only aired two episodes so far, but which I’m really enjoying. I just adore shows that are set in the world of TV. Feels meta to me, but in a good way. I’m only worried, because it is on FOX and we all know their track record of keeping shows I like … (still bitter about Pitch!)

This part of the wrap-up where I usually dedicate some space to the amazing work other bloggers do in the community. I hope you give them a visit and show some appreciation for their contributions! I unfortunately didn’t have that much time to blog hop and comment, but I always try!

PREVIOUSLY ON WHAT IF …

I hope you will have a spooky and nice October! I like getting to wear more layers again, which is usually possible around this season where I live, but hope it won’t get too cold yet. I still am gunning to wear my Scoops Ahoy uniform from Stranger Things at least once on Halloween!