I don’t do this tag every year, but whenever the fancy strikes me, I try to include it in the final month. If you want to check out my End of the Year Book Tag from 2020, just click here. It always feels a bit surreal that it’s already so late in the year that it makes sense to wrap things up and look ahead. Let’s get started!

Are there any books you started this year that you need to finish?

YES! I’m currently in the midst of reading One Hundred Years of Solitude and I cannot wait to be done with it, because that means I can finally post my reading compatibility post with Pedro Pascal! I love the feature and intend to do more reading experiments in the next year as well, but I’d be lying if I said I didn’t struggle at times, especially when books aren’t exactly in my wheelhouse. 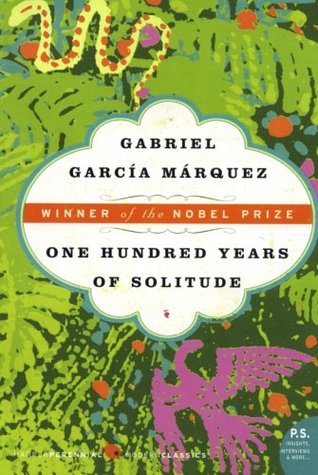 Do you have an autumnal (Spring) book to transition into the end of the year?

I stand by my answer from last year, meaning I don’t really plan my reads according to seasonal themes and topics. I could at least provide some sort of answer the last time, but I genuinely can’t think of anything that fits the prompt this time around.

Is there a new release you’re still waiting for?

I neither think I will get around to it, nor do I even want to attempt it, but I think The Coldest Touch by Isabel Sterling has probably gotten my attention most from the December releases. The official release date is December 9, 2021. 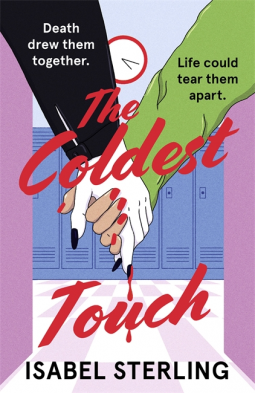 Death drew them together. Life could tear them apart.
Elise is cursed. Every time she touches someone, she experiences how they will die. And when she predicts, but is unable to prevent, her brother’s death, Elise is desperate to escape her terrible gift.
Then she meets Claire, a vampire tasked with helping Elise master her rare powers – and recruiting her to the Veil, a secret organisation determined to protect the paranormal world at all cost.
At first, Elise is reluctant to work with a vampire, but when she predicts a teacher’s imminent murder, she’s determined to stop the violent death.
As Elise and Claire grow closer, Elise begins to wonder – can she really trust someone tasked with securing her loyalty? Someone who could so easily kill her? Someone who might hold the key to unravelling her brother’s mysterious death?

What are three books you want to read before the end of the year?

I’ve not been a particularly fast reader these past months, so I have no idea what’s realistically possible in this final month, but aside from the aforementioned One Hundred Years of Solitude, there’s definitely three books I own that I’d like to get to! Those books are: Where the Crawdads Sing, Take Me Home Tonight and Seven Days in June 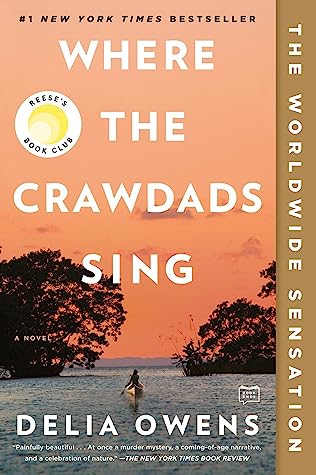 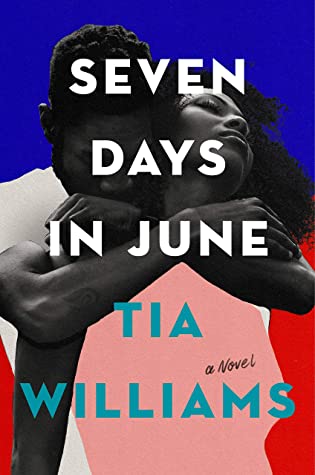 Is there a book you think could still shock you and become your favorite of the year?

I’ve actually forgotten to mention If We Were Villains in this post so far, but I have a copy at home and I don’t know why I keep putting off reading it. All my friends love it, dark academia is my jam and it sounds so very promising. Maybe that’s exactly it though, I have high expectations for it and I don’t want to see them being crushed.

Have you already started making reading plans for 2022?

I notoriously do not really keep up with new releases but there are a few books I’m beyond excited for! 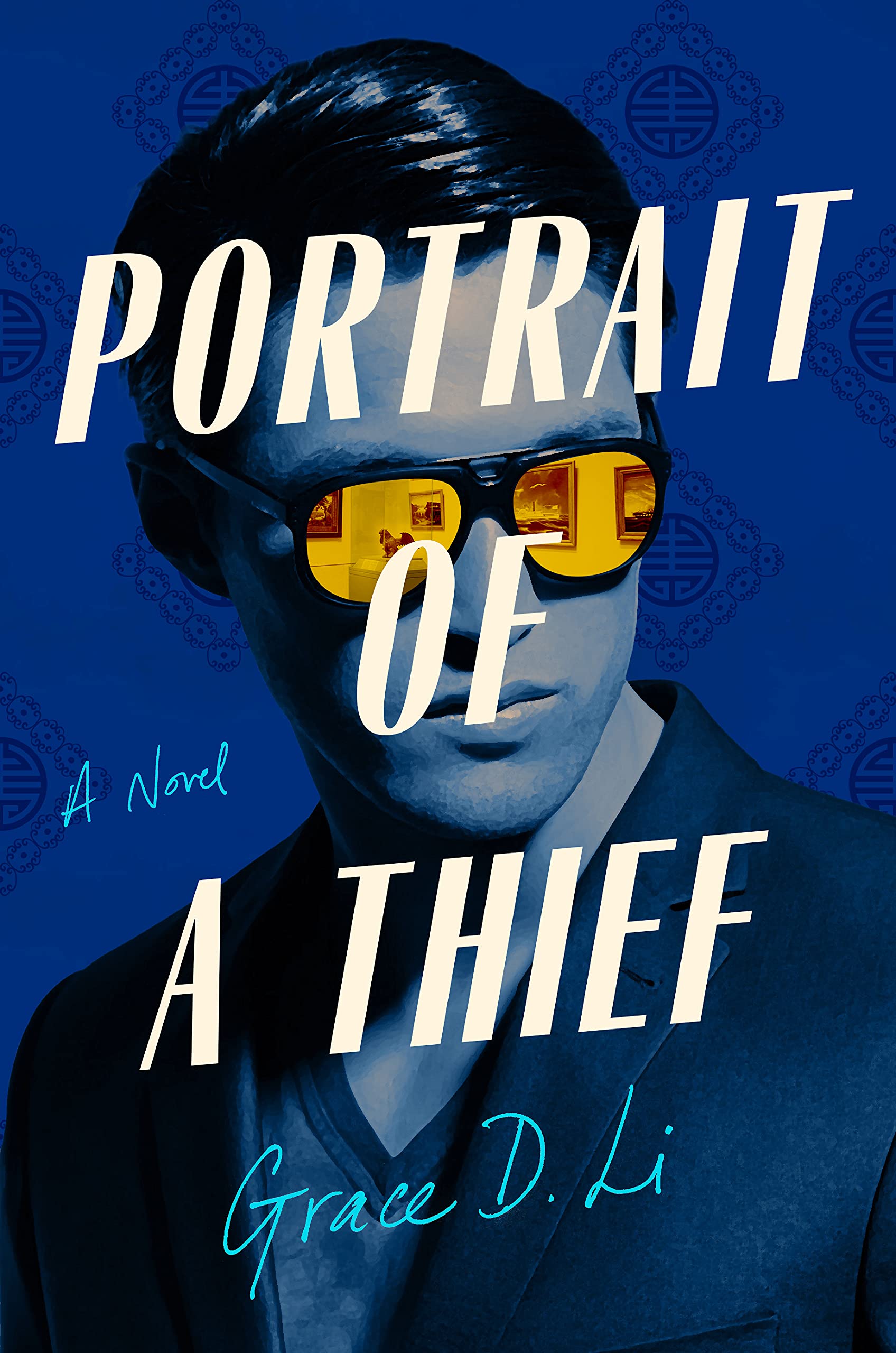 Ocean’s Eleven meets The Farewell in Portrait of a Thief, a lush, lyrical heist novel inspired by the true story of Chinese art vanishing from Western museums, about diaspora, the colonization of art, and the complexity of the Chinese American identity.
History is told by the conquerors. Across the Western world, museums display the spoils of war, of conquest, of colonialism: priceless pieces of art looted from other countries, kept even now.
Will Chen plans to steal them back.
A senior at Harvard, Will fits comfortably in his carefully curated roles: a perfect student, an art history major and sometimes artist, the eldest son that has always been his parents’ American Dream. But when a shadowy Chinese corporation reaches out with an impossible—and illegal—job offer, Will finds himself something else as well: the leader of a heist to steal back five priceless Chinese sculptures, looted from Beijing centuries ago.
His crew is every heist archetype one can imagine—or at least, the closest he can get. A conman: Irene Chen, Will’s sister and a public policy major at Duke, who can talk her way out of anything. A thief: Daniel Liang, a premed student with steady hands just as capable of lockpicking as suturing. A getaway driver: Lily Wu, an engineering student who races cars in her free time. A hacker: Alex Huang, an MIT dropout turned Silicon Valley software engineer. Each member of his crew has their own complicated relationship with China and the identity they’ve cultivated as Chinese Americans, but when Will asks, none of them can turn him down.
Because if they succeed? They earn fifty million dollars—and a chance to make history. But if they fail, it will mean not just the loss of everything they’ve dreamed for themselves but yet another thwarted attempt to take back what colonialism has stolen.

Heist stories are always fun and I can really see myself loving Portrait of a Thief! The fact that they take back stolen art from Western museums just makes it all the better. Also, please, look at that cover! 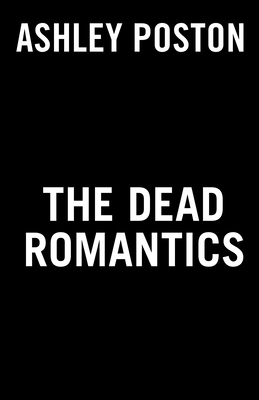 Ghost meets The Bold Type in this sparkling adult debut about a disillusioned millennial ghostwriter who, quite literally, has some ghosts of her own, from national bestselling author Ashley Poston.
Florence Day is the ghostwriter for one of the most prolific romance authors in the industry, and she has a problem—after a terrible breakup, she no longer believes in love. It’s as good as dead.
When her new editor, a too-handsome mountain of a man, won’t give her an extension on her book deadline, Florence prepares to kiss her career goodbye. But then she gets a phone call she never wanted to receive, and she must return home for the first time in a decade to help her family bury her beloved father. For ten years, she’s run from the town that never understood her, and even though she misses the sound of a warm Southern night and her eccentric, loving family and their funeral parlor, she can’t bring herself to stay. Even with her father gone, it feels like nothing in this town has changed. And she hates it.
Until she finds a ghost standing at the funeral parlor’s front door, just as broad and infuriatingly handsome as ever, and he’s just as confused about why he’s there as she is.
Romance is most certainly dead . . . but so is her new editor, and his unfinished business will have her second-guessing everything she’s ever known about love stories.

I’ve been dying to get my hands on a copy of Dead Romantics! (no pun intended!) The book is technically available for request on NetGalley, but in case you haven’t heard yet, they started geo-blocking some titles. So, when I go on the site, it won’t even show up in the search results, robbing me even of the option to simply wish for it. But I suppose, I just have to remain patient.

Lastly, as I continue to be obsessed with The Wheel of Time show on Amazon, I’m getting more and more tempted to read the books. I’m just so enamored by the characters, but I’m also afraid that I’d be terribly bored by the books. They seem to have a rocky start … I’d still recommend watching the series though, even without prior knowledge of the 14 books with 700+ pages each!

That’s it from me! What are your year-end-reading-plans? Are you excited for 2022? Let’s chat!