Chicago Fire is back and that means one by one my favourite franchise is becoming complete again. I already showed you a little Preview and First Look (including Spoilers for the entire Season) in a previous post – click here to check it out! Otherwise, let’s continue with the Season 4 Premiere! 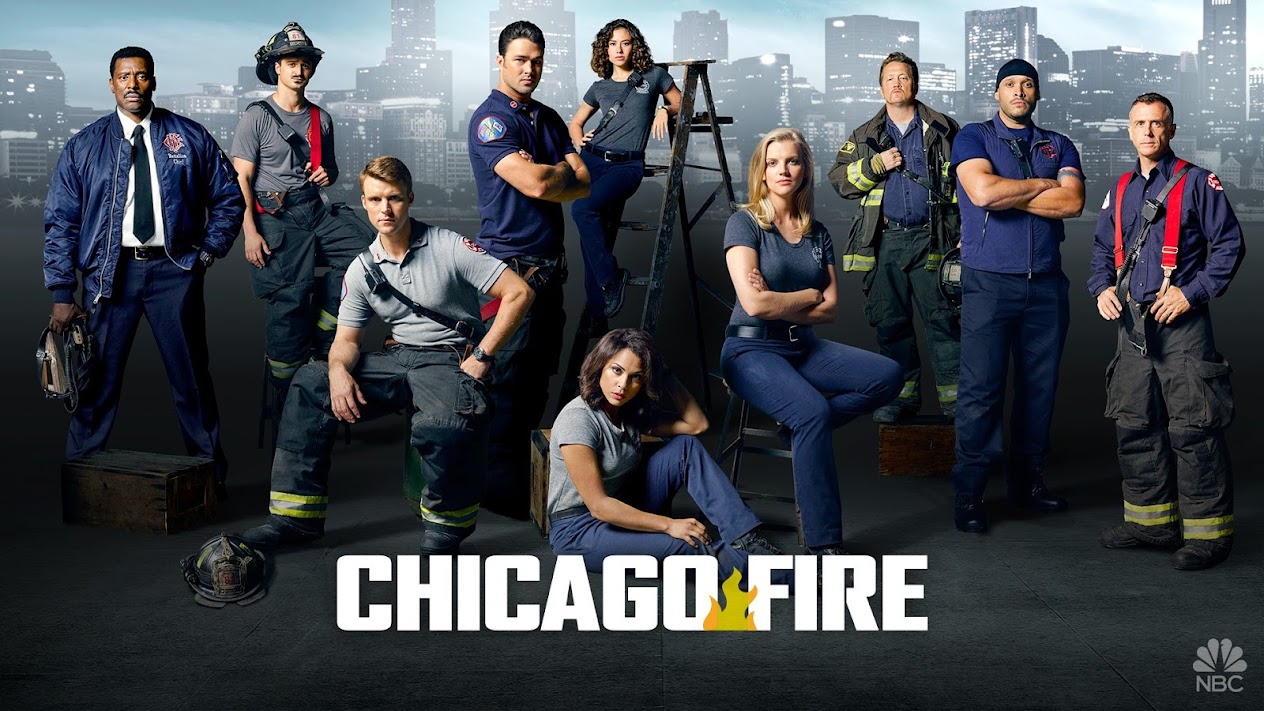 Okay everyone, you should know how this works by now, but I still feel obliged to say it every single time. We pick up right at the same moment the last episode ended, but there is so much going on each episode that I just break it down into characters and my thoughts for their storylines. Spoilers ahead!

So, that pretty much sums it all up. What did you think?

Everyone who knows me, knows that I am in love with the Chicago Franchise. After the Season 3 Finale of Chicago Fire there are a lot of exciting things to be expected from Season 4, so I wanted to share the First Look and promo vid with you!

Disclaimer: I don’t know for how long those videos will be available! NBC has the bad habit of taking them down after a while …

So, there is not much new to be found out about our beloved Firehouse 51 guys and gals. Themes from the last season will continue: the tension between Squad and Truck is still on, Casey is in trouble, Gabby has a lot to think about concerning her pregnancy and Brett and Roman apparently hit it off. However, we do have new additions to the cast. 51 gets a new recruit played by Steven R. McQueen (who many of you will probably know from the Vampire Diaries). Also, Brian White will join the cast (previously seen on Scandal and Mistresses), but to read about his role I’d suggest going to the Spoiler section below.

Now, if you want some Spoilers:
I read that Severide will be demoted for some reason and that’s where Brian White comes in as new Captain of the Squad. During Sev’s management-training course he meets his new love interest (and here I was seeing sparks between him and Gabby … guess that’ll always just be in my head). It definitely means there is not going to be any Severide and April action though, maybe she’ll meet someone new on Chicago Med instead.
So, whatever Casey will be going through, will take its toll. He survives (yay! It’s something!) but he will be in a dire state afterwards. Gabby’s pregnancy might be the silver linings Casey needs to get himself together again. Yet, Dawson still has her doubts about them as a couple, so it won’t be that easy in terms of the baby just bringing them back together.

There’s still more than a month until the Season 4 Premiere in mid-October, but are you as excited as I am?

Let’s start by saying that I absolutely cannot wait until Season 4 … not after what happened last night. Chicago Fire was once again at it’s best, leaving us with a lot to think about until fall. Here we go with the review for the “Spartacus” episode (Spoilers ahead!).

The promo already had me in a panic. I was neither willing to loose Severide nor Gabby since those two are pretty much my favourites. Turns out my fear was unnecessary, but let’s go through it character by character and see what the Season Finale had in store for us:

So, I’m all set for Season 4 … already not liking the wait. What are your thoughts?

So, I am a total sucker for the Chicago franchise and even though I was skeptical, I was also hugely excited for the backdoor pilot of Chicago Med to come up on Chicago Fire. The show hasn’t yet been picked up for a full Season, but I definitely think that “I Am the Apocalypse” showed that the characters have potential. Spoilers ahead!

First, why was I skeptical? Let’s face it, there are already a ton of medical dramas out there: Grey’s Anatomy, Saving Hope, Remedy … and they tend to be repetitive. BUT (and believe me, it’s a huge but) Chicago shows are different. I was worried about Chicago PD as well, then I got sucked in and now I love it just as much as Chicago Fire. It’s just that those shows aren’t simply in the same universe, they are an entity. There barely goes by an episode where one of the characters from the other show doesn’t appear and it still excites me to see those tiny crossovers, even if they last 2 minutes. The same happened this time! Without even thinking about it, Jay Halstead appeared in the first couple of minutes of the show, at home with his brother as if it were the most normal thing for him to be on Chicago Fire. There are bad days on the show and then there are really bad days, of which this was one.  A terrorist bomber tries to spread an infectious bio-virus and seriously harms Severide, the rest of Station 51 and the entire ER in the process.

Now let’s get down to business and analyse/recap “I Am the Apocalypse“:

In the end, I suppose I didn’t talk as much about Chicago Med as I could have, but I need to see more of it! I want it to be a real thing and not just a pilot that will be forgotten in the depths of some TV network’s archive. What are your thoughts?

The Chicago franchise has been going so well the past couple of seasons, that the network (NBC) has decided to broaden it’s universe even more and add the medical drama Chicago Med. There is a supposed backdoor pilot coming during Chicago Fire this season (Season 3), but until then we will have to let ourselves be entertained by the two shows we already have and the Chicago Fire/PD Crossover that aired the past two nights. So, let’s talk about what happened and beware of Spoilers ahead!

I was looking forward to this crossover for such a long time! Despite characters from each show appearing in the other one every now and then, a proper crossover is just so much better. But I have to say that the promo for it really had me fooled. As you could see above, it looked all exciting and thrilling and dangerous, but as much as I love Chicago Fire, the first part of the two night event was rather unexciting. Of course that doesn’t mean it wasn’t emotional. We had Shay’s sister stopping by and see her deal with the loss of Leslie after an especially emotional scene where Brett gets attacked. Severide showed some real restraint when that crazy arsonist Gish, who killed Shay (and it turns out Peter Mills’ dad and unfortunately many others as well), provoked him in the open and Gabby and Casey seemed to get closer again as well. All that isn’t a bad thing for an episode, but you may start wondering: Where is the action? Where are the guys from CPD? (Because that would make it a real crossover.) Well, in the last five seconds or so Gabby calls her brother Antonio for help with the investigation and that’s how Chicago Fire leaves us. Barely anything from the promo has happened yet and you feel tortured until the next day to see how things unfold.

Then again, Chicago PD really stepped up the game and was everything they promised. It had exploding squad cars, Platt acting weirdly nice and Gabriella in great danger. We even got a little Linstead conversation where they obviously decided they won’t stop seeing each other just because Lindsay is back with Intelligence (Big YAY! to that). But the best part in my opinion was Antonio. He’s a good cop and he likes to do things by the book, but with his sister’s life at risk he had no other choice than to shoot Gish and I think it shows real character that he is not alright with that. Everyone was happy that Gish is dead, and I understand that, but having to kill someone should never be easy and it certainly doesn’t look like it was for him. Very well done Jon Seda!

So all in all it was another great crossover and I can’t wait to see more of both shows, especially if they intertwine every now and then. What was your take on the #OneChicago event?