Soooo, I am bringing this back! As a lot of you know, I have created a number of write tags myself. They are incredibly helpful in delving into the mindset of your characters as you answer questions on behalf of them. I’ve tried to create them for various occasions and seasons, but the All Hallows Write Tag is not a creation of my own. It took me a while to find the original creator (forgive me for not tagging them the first time I did this!), but you can see Sam Kassé‘s post here.

It’s Halloween night! What is your protagonist dressed up as?

I think the whole Football team would get an easy group costume. They’d want something easy that wouldn’t require massive effort (at least for the majority of them), so, I say they’d go as Football player zombies. 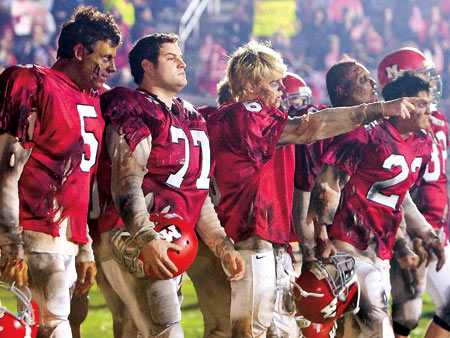 As for Ivy, the real protagonist and narrator, I don’t think she would go all out now that she has moved to Eden. Back in Portland, with her friends, she put in more effort, but not now. She’d likely get a cheap wig, put some fake blood on a dress she has no use for anymore and go as victim #27, just so Landon (her 10-year-old cousin) wouldn’t be too bummed when she took him trick or treating.

Who in your cast refuses to dress up and shows up at the Halloween party without a costume?

I honestly can’t see anyone downright refusing to dress up. Maybe the adults would only put on a hat or something, but out of the characters that I actively mention on the regular, they’d all do something.

Which character wears the most outrageous costume, and what would it be?

My mind immediately went to Isaac! He is a quirky dude and I could totally see him going as a demigorgan or some other ridiculously intricate monster. He’d be way overdressed, sweating and still dancing his ass off anyway at a Halloween party.

On Halloween, werewolves, vampires, and zombies are on the prowl. Which of your characters gets caught in their clutches, and which creature do they subsequently turn into?

The whole theme of my novel is that Ivy gets caught up in something she had no intention of getting caught up in, so … her? And just because I said earlier that the Football team would go collectively as zombies, I’m gonna bring this full circle and say they turn into real zombies and then turn her!

Who wins the contest for best costume?

Even though I feel like Isaac would deserve it due to putting so much effort in, it’s probably more of a popularity contest in the end and someone like Gina (who is the sweetest and head cheerleader) would get it. She was dressed as Liz Ortecho in her Crashdown uniform, because she thinks they look alike and aliens are fun but not scary.

Who hands out toothbrushes to the trick and treaters?

Laurie – 100%!! But Hal would be right there with her and sneak the kids something else before they left, but not candy, cause he did not think ahead of getting any. He knows she means well, but he can’t just let his wife sour the mood.

Which two of your characters decide to pair up and do an angel/devil costume together?

Liv and Dusty? Carter and Taylor? I don’t knoooow. The more fun version would definitely be Taylor and Carter. They are best buds, and Carter is the town’s golden boy, whereas Taylor is the screw up in comparison. They could switch roles for a night or embrace their perceived images. Whatever floats their boat.

Someone is too scared to even attend the Halloween party. Who is it?

Dustin might be an option here, but not because he is scared of Halloween, and instead because he is having a tough time with the social judgment going on in town. He just doesn’t want to expose himself to all the stares and whispers, my poor baby boy.

Who overdoses on Halloween candy and ends up sick?

Lando – cause he is a kid and has no restraint!

Which character is most likely to place a curse/hex on someone and who would they curse?

Right now, I just imagine Liv inviting all the girls over and they’d get into some sort of Light as a Feather kind of trouble and … it wouldn’t be intentional, but Liv would definitely be the one who messed up something that would set off the trouble.

I don’t know who of my lovely writing buddies is currently up for the challenge, so this tag is up for grabs! Don’t hesitate to link back to my post, so I can see your answers too!

What did you think of my answers? Would you like more updates on my writing, especially with NaNoWriMo around the corner? Let’s talk!

Yes, my friend, you read that right! They are planning to turn the 2004 movie The Notebook starring Ryan Gosling and Rachel McAdams (based on Nicholas Sparks novel of the same title) into a TV show! 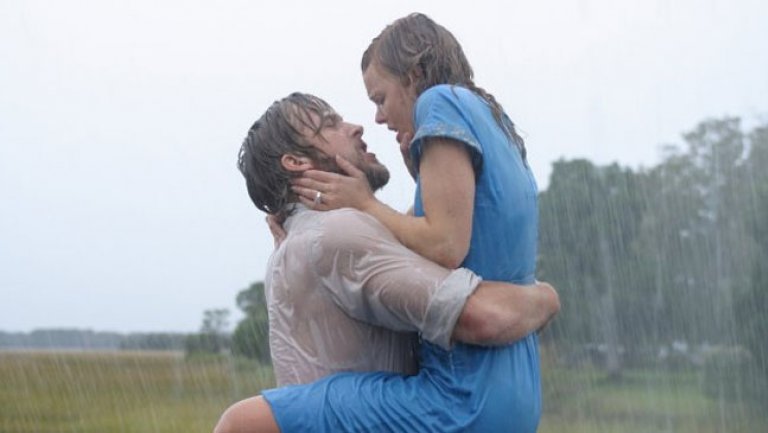 The CW has teamed up with Nicholas Sparks himself, who’s been very involved with the movie adaptations of his books, to create a TV show out of the story. The project is purely in development right now, so there is no specific information available at the moment. Still, it makes you wonder if it could actually work.

It seems that TV shows based on movies are very much in demand right now. Just think about Dominion (based on Legion/on Syfy) as well as upcoming shows Minority Report (Fox), Limitless and Rush Hour (CBS). Yet, the Notebook is a pretty iconic movie by now and many people automatically associate it with Gosling and McAdams in the lead roles.  It is going to be extremely difficult to pick the right actor/actress to replace them and with the CW being the network to take on the project, I hope they’ll go with some fresh faces instead of some of their repertoire-actors and -actresses. Come on, they do tend to use the same people over and over just in different shows.

However, I am also sort of glad that this is done by the CW. Some people don’t like the network very much, but I actually really appreciate their content. Also, I think that, due to its very romantic tone, the Notebook will fit in nicely with the other shows. They have proven to be able to pull of a costume drama (Reign) as well, so I am not even that worried about the show being set after World War II. (As of now, the Notebook TV show will only feature Noah and Allie in their youth and not when they’re older, but that could still change.)

What do you think? Could this be the real deal or should they just leave it alone?

P.S.: Because I couldn’t resist, here’s a BuzzFeed video of guys watching the Notebook for the first time. See, it’s not only for girls!

… or should I say troubles? Because with the start of Season 5 of Haven, the Troubles have returned as well. For all of you who have no idea what Haven is, I suggest that you take a look at a previous post of mine. (Click here to be redirected) Other than that, I just want to clarify that the following post will include several Spoilers for the first episode of the season, named “See No Evil“! 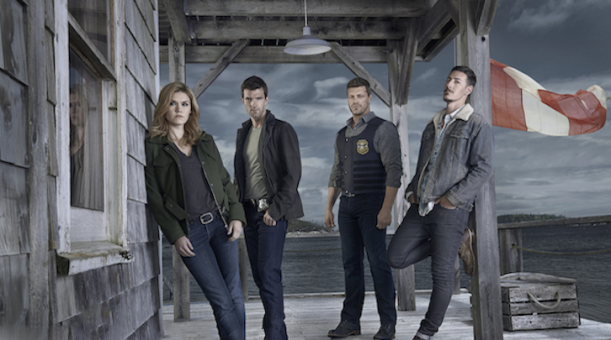 So, last season they definitely went out with a bang and a huge cliffhanger. As a bit of a reminder, here’s what happened at the end of Season 4: Everyone who’s important made it to the basement of the lighthouse, where Jennifer managed to open a mysterious gate. They succeded with trapping William behind the gate, but seemingly unleashed even more evil. Now jump to the beginning of Season 5.

We continue right where we left off and it’s all very weird, considering that there have been months since I’ve last watched an episode of the show. It’s pretty easy to get right back into it, but I am just not as happy as I used to be. Sometime after Season 3, the show has lost a bit of its appeal to me, but I was still willing to try Season 5. Let’s face it, I can’t deal with cliffhangers, so I had to continue watching. Here are my thoughts about “See No Evil”:

I will continue to watch this season, mostly out of curiosity where all of this will go. Honestly, I don’t have much of an idea after the Season 5 teaser. What do you guys think?