Tonight we got to see the continuation of last week’s Doctor Who episode “The Magician’s Apprentice” which was called “The Witch’s Familiar“. As always, beware of Spoilers from this point onwards!!!

Can I just say one thing up front? I WILL NOT ACCEPT SUNGLASSES INSTEAD OF A SONIC SCREWDRIVER! NOT EVER! Puh, now that that is out of the way, I can continue.

The Doctor may be without friends, without the TARDIS and without his Sonic Screwdriver, but he can still manage to stay alive surrounded by who knows how many Daleks. He has an “honest” heart to heart with Davros, while really they just keep deceiving each other (seriously – who can think that far ahead except for the Doctor?). Meanwhile Clara and Missy of course aren’t dead, neither is the TARDIS lost forever. Everything ends with the Daleks basically destroying themselves.

Sorry for keeping the summary a bit short, but I am guessing you watched it already anyway and I wanted it to be more succinct than last week.

I thought we would jump in right where we left of, but instead that particular scene with young Davros is kept for the very end. I liked the Witch’s Familiar a bit better than the Magician’s Apprentice. It felt more focused and had some really nice surprises in there. The thing is, Moffat had to come up with some freaking good reasons as to how things could revert from the dire state of last episode and I am glad he took some time to explain. I thought the Clara and Missy teleporting-story was quite alright and the TARDIS was always capable of relocating itself I guess, so it made sense.

What I probably liked most about the episode was a more vulnerable and partially funny Davros. Even if it was only fake, it was still interesting to see him pose all those questions. In fact very similar questions to the ones the Doctor asked himself last season aka “Am I a good man?”. Also, pushing him about why he left Gallifrey in the first place and the constant references to the Doctor being the one constantly on the run made me curious.

I personally didn’t enjoy the Clara-Missy team-up very much; they have terrible chemistry – which could have something to do with the fact that Missy keeps trying to kill Clara. However, I did like the translation from human to Dalek. It was so interesting to see how their brains work and made me wonder if sometimes they have to say things they don’t actually mean. As for the end and the whole mercy-business though, I thought that was strange. Why was the Doctor so surprised that the Dalek knew the word “mercy”? They’ve used it before (watch proof by clicking here), maybe not in the same context but they have used it.

It felt like this time around the focus was more balanced between showing the Doctor and his companion(s). The story could have used some more depth every now and then (e.g. I was a bit confused about the Colony of Sarff’s role), but I think it was a satisfying conclusion. Now, if only we could keep exploring Twelve’s motives some more in the future. On a completely different note, I am assuming that the titles of the two episodes were referring to the Doctor being seen as a magician or witch, but beyond that I have no idea what their connection was to the actual content of the episodes. If you do have more insight on that than me, please enlighten me!

When it comes to the rest of this season, I am looking forward to finding out what’s in the confession dial. What about you? Thoughts on any of this?

As always it’s time for a Doctor Who review on Saturday! This time I’ll be talking about Series 8’s “In the Forest of the Night” and we all know what comes now: Spoilers ahead!

A lot happened this week, but it wasn’t at all like I expected it to be. There was global forestation over night, a solar flare that should’ve destroyed the Earth and some really great Clara/Doctor moments. I should say upfront that while there were some really sweet and amazing scenes in between, this again isn’t one of my favourite episodes. I want to clarify that that doesn’t mean that I didn’t like it at all, I just liked others better. But since I seem to complain a bit too much about Doctor Who as of late, I’m trying to find some good things in there. So, let’s break it down:

I guess that’s it for today. Concerning “Dark Water” next week … I’m scared to be honest, and not because the Cybermen will make their return. It’s the first part of the finale and I am always anxious about those, because I hate endings, but also because of what I saw in the promo. That just wasn’t like Clara at all and I’m going to freak if nothing was real!

What are your thoughts about “In the Forest of the Night“? 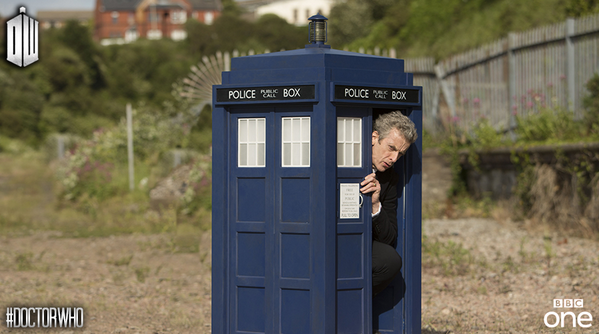