I just saw this tag over at Cristina‘s blog My Tiny Obsessions and it looked incredibly fun. I wasn’t specifically tagged, but she said everyone could do it so here I am!

The rules are simple:

So, I threw some book titles in a hat and the following 5 were chosen to face the Zombie Apocalypse!

This is the most unlikely outcome ever! Mark Watney freaking survived Mars all by himself and is basically the most resourceful person I have ever read about, so NO!

#2: THE PERSON YOU TRIP TO GET AWAY FROM THE ZOMBIES?

If it had been the first part of the series (The Magicians) then I might have said yes, but Q has grown on me. I mean I don’t want to trip anyone to be clear, but I guess in an emergency life-or-death-situation … okay. He has magical defense powers,  I bet he’d have better chances in combat with a zombie than I would anyway.

#3: THE FIRST PERSON TO TURN INTO A ZOMBIE?

Well … it’s no secret that Adam wasn’t exactly my favourite person by the end of the Shatter Me series, so … sorry Adam. Hope your life as a zombie is alright.

#4: THE PERSON THAT TRIPS YOU TO GET AWAY FROM THE ZOMBIES?

A Court of Thorns and Roses – Tamlin

Somehow I can’t see him do it. He is a very protective and honorable person and to think that he would let me die in order to save his own life is just highly unlikely. I think Tamlin is better than that.

Don’t get me wrong, I like Marco, but he can be a bit silly sometimes. I don’t see him as an idiot – he’s quite the brilliant magician, but in other departments he can be a bit clueless sometimes. It’s not a perfect fit, but somehow … distantly I may be able to see it.

So the biggest jokster from the Ares 3 mission is supposed to be the brains of the team? He is a spaceship pilot, so I guess he does have the smarts to pull it off though.

That totally works for me! I mean she has sort of lost her touch with humanity a bit, but I don’t think she would just leave someone stranded if they are hurt. Also, she’s a really good magician, so she should be able to pull it off ability-vise as well.

As much as I hate the man, he knows his weapons. I’ll go with the flow on that one.

A Court of Thorns and Roses – Amarantha

YES! Again someone I really, really don’t like. She is trouble, I would not want to fight her … but that all makes her perfect for the position.

She’s pretty bossy but she knows what she is doing and she’s a responsible person, I can totally see it.

So, this was all pretty much hit or miss. I am going to go with what Cristina did and say that if you think that was fun, consider yourself tagged! Leave a link to your post in the comments and I’ll take a look at it! 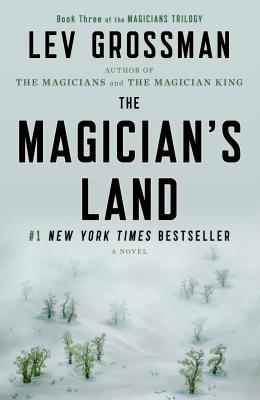 I’ve done it! I’ve finally continued with the Magician Trilogy by Lev Grossman and can cross of the first book from my September TBR, namely the second book in the series: The Magician King. Despite my worries, I actually enjoyed this book a lot more than the first part! So, since I already reviewed the the first book The Magicians spoiler-free (click here to read it), this review will obviously contain Spoilers!!

“Quentin Coldwater should be happy. He escaped a miserable Brooklyn childhood, matriculated at a secret college for magic, and graduated to discover that Fillory—a fictional utopia—was actually real. But even as a Fillorian king, Quentin finds little peace. His old restlessness returns, and he longs for the thrills a heroic quest can bring.
Accompanied by his oldest friend, Julia, Quentin sets off—only to somehow wind up back in the real world and not in Fillory, as they’d hoped. As the pair struggle to find their way back to their lost kingdom, Quentin is forced to rely on Julia’s illicitly learned sorcery as they face a sinister threat in a world very far from the beloved fantasy novels of their youth.”
(source: Goodreads)

As I mentioned above, I liked this book better than the first one. The characters were a little less miserable or at least slowly figuring out what makes them happy. Also, the pacing wasn’t as terribly off, even though the structure of this book was very similar to the first one, separating it in 4 major parts as well.

Part 1: The gang (Eliot, Janet, Quentin and Julia) have ruled in Fillory for a while now and Q is getting restless. It’s time for an adventure.

Part 2: Q messed up, because his quest only brought him and Julia back to earth and that’s the last place they want to be. With the unexpected help of Josh and an Australian girl named Poppy they manage to get back to Fillory.

Part 3: A year has passed since Q and Julia left Fillory and Eliot took on what should have been Q’s real quest all along. He wants to be a hero, unintentionally ends up in the destroyed Neitherlands, but actually finds out what the quest to find the 7 golden keys is really about.

Part 4: Having all the keys, the gang saves the day by keeping magic from getting extinct. But Quentin has to pay the ultimate price for being the hero – never being able to return to Fillory while leaving all his friends behind.

The Magician King offered a detailed account of what happened to Julia while Quentin was in Brakebills and I have to say that I could’ve easily done without some of the chapters. I get that it was important for her overall journey, to really understand how the events of the book and her change came about, but I am not one to dwell in the past (at least not in books). Often I just wanted to keep reading about what happened in the present, but the Julia-chapters were strategically positioned to be in between cliffhangers. It’s not that her story wasn’t interesting, I just wish her chapters were even more succinct and on point. (even though I will give them that they were shorter than normal chapters) I guess I just really didn’t like to read the rape-scene towards the end …

This time around there were a lot of characters I would’ve liked to hear more about. I was really glad that Q took Benedict on the journey and even more devastated when he died. I think that character would have had so much more potential and then they just had to leave him behind in the Underworld. Also, for some weird reason I wanted Q to take the children with him (Eleanor and Thomas) even though that would’ve been a terrible idea. Questing is no place for kids! Still, I have hopes of seeing Eleanor again in the story and poor Thomas should get to go on an adventure as well!

There is another map in the book, I am glad they keep putting those in! (As I said, maps are always a plus!!)

So, ultimately there was a lot more excitement and action in The Magician King and I started to like Quentin a little better. In the end I just felt really sorry for him and it actually made me want to continue reading the series, which I am going to do right now.

Fazit: 3.8/5 stars. I am slowly warming up to Quentin and now I want to know how his story ends!

P.S. I have a hard time imagining any of the content from Book 2 in the upcoming Magicians TV show …

I always have a hard time choosing books to read during … well, during any month really. On the one hand, my shelves are overflowing as it is and I have not read all of the books I already own. But to be honest, I often just don’t feel like reading them. And on the other hand, I want to read a ton of new books, but getting the original editions and not the translated ones takes time since they are barely ever available or on stock. So, I am super proud to actually have a pretty decent September TBR for you. Take a look!

As always click on the book covers to be redirected to Goodreads for more information! What are you reading this September?